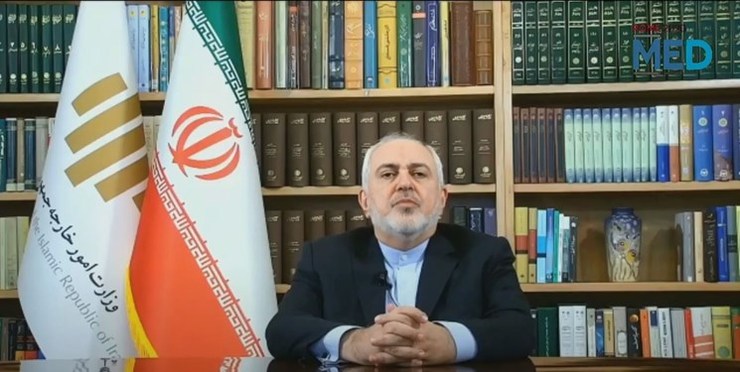 The Iranian foreign minister says the government did not agree with a recent parliament legislation which aims to get anti-Iran sanctions lifted, but has to implement it.

Addressing the Mediterranean Dialogue forum, Mohammad Javad Zarif said the government may not approve of the plan, but it will implement it as the bill has become law.

He said the legislation was passed to force Europe and the US to live up to their commitments.

Zarif said Iran scaled down its obligations under the 2015 Iran nuclear deal in response to Washington’s unilateral withdrawal from the agreement and its economic war against Iran as well as Europe’s violation of its commitments under the deal.

He said the new legislation contains measures to make the US and Europe make good on their commitments.

Zarif said the solution would be for them to return to the nuclear deal, normalize trade relations with Tehran and stop illegal demands, in which case, Zarif added, the law needn’t be enforced and Iran will even return to its commitments and fully implement the nuclear deal.

Elsewhere in his remarks, Zarif recalled that the law was adopted after the assassination of Iranian scientist Mohsen Fakhrizadeh, saying the terror act has made Iranian people very sensitive.

Zarif then noted that Germany, Britain and France have not yet condemned the move.
The top Iranian diplomat dismissed the assassination as an international act of aggression, which must be condemned.