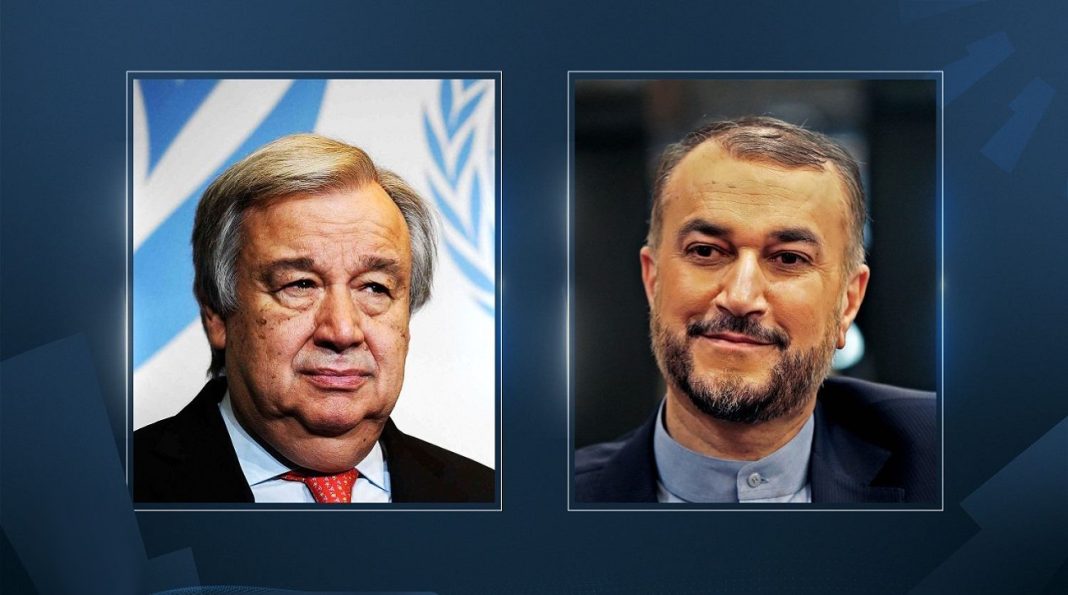 Iranian Foreign Minister Hossein Amirabdollahian, in a phone conversation with the United Nations Secretary General Antonio Guterres, said Tehran has a serious and real will to reach a strong and lasting agreement over the revival of the nuclear deal, JCPOA.

Amirabdollahian said, “we have shown the will in practice.”

He added the US responded to the proposals of the Islamic Republic of Iran regarding the deal on Wednesday and “now my colleagues are reviewing it.”

The Iranian foreign minister also added, “We have stressed to all parties that solving the fictitious and political safeguard issues is a basic necessity. We have a serious and real will to reach a strong and lasting agreement and we have shown the will in practice.”

Amirabdollahian also thanked the UN secretary general for his constructive efforts to contribute to global peace and security.

The Iranian foreign minister, in response to Guterres’ emphasis on the need for reaching consensus in the NPT meeting, stated: “The chairman of the recent NPT conference, unfortunately, ignored the resolutions of 1995, 2000 and 2010 conferences, especially regarding the Middle East, which have always called on the Israeli regime to join the NPT and put its nuclear facilities under the (UN atomic) agency’s safeguards.”

Amirabdollahian said that the chairman “put aside all the achievements of the previous conferences, which is in no way acceptable to us.”

Guterres for his part, emphasized the need for consensus in the Nuclear Non-Proliferation Treaty, stressing that the Islamic Republic of Iran’s concerns will be examined paid attention to.