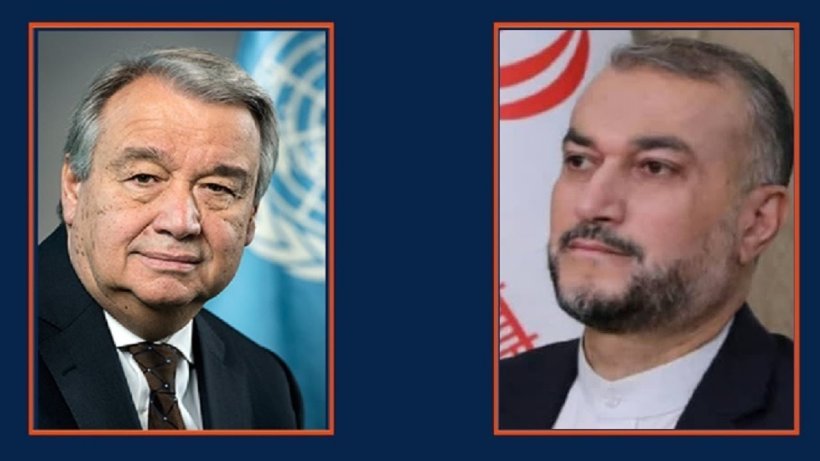 Iran’s foreign minister and the UN chief have held talks on the latest developments in the region and the process of negotiations in Vienna on the revival of the 2015 nuclear agreement.

In a phone conversation, Foreign Minister Hossein Amir Abdollahian and UN Secretary-General Antonio Guterres discussed the situation in Yemen and Afghanistan, among other issues of regional and international significance.

Amir Abdollahian slammed an escalation of Saudi-led air raids on residential areas of Yemen and reiterated Iran’s long-held position on the need to find a political solution to end the war and secure a removal of the siege imposed on the country by Saudi Arabia and its coalition allies.

The top diplomat also called on the UN chief to play a more active part in efforts to bring about a ceasefire in Yemen, lift the paralyzing blockade on the country and start political negotiations between the conflicting sides.

Turning to the crisis in Afghanistan, Amir-Abdollahian called for global cooperation with Tehran to help it address a rising influx of displaced Afghans into Iran.

He stressed the need for the formation of an inclusive government in Afghanistan, with the participation of all groups and ethnicities there.

The minister also described as “positive” the process of negotiations in the Austrian capital on removing the US sanctions on Iran and revitalizing the nuclear deal.

Amir Abdollahian said Iran was firmly determined to reach a good deal as soon as possible, urging the US and the Western side in the talks to adopt “practical, tangible, and verifiable” measures to ensure the conclusion of a “lasting, reliable” agreement.

For his part, Guterres welcomed Iran’s constructive positions in support of a cessation of the Yemen war, removal of the siege, aid delivery, and political dialog.

On Afghanistan, the UN chief called for the continuation of efforts to establish an all-inclusive government, adding that all Afghans need to be able to exercise their human rights and have access to education.

He said the UN welcomes any progress in the Vienna negotiations.