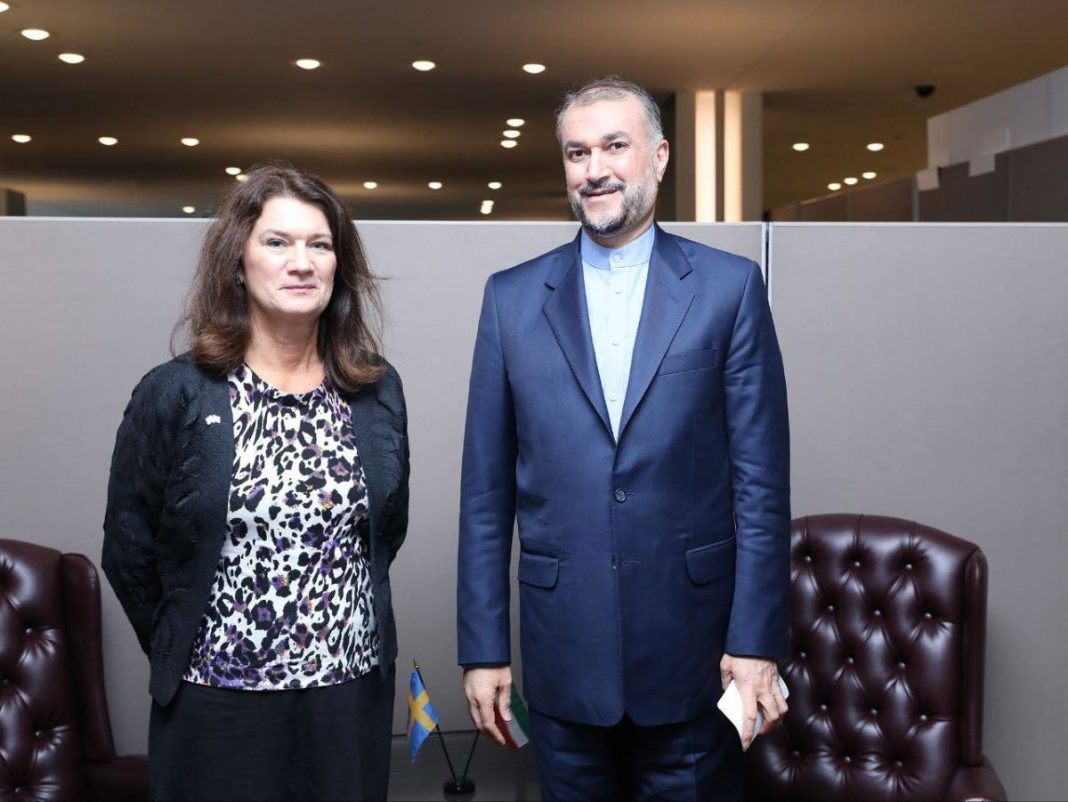 Iran’s Foreign Minister Hossein Amirabdollahian made the remarks in a meeting with his Swedish counterpart, Ann Linde, in New York on Friday.

Amirabdollahian added, “Third parties should not be allowed to negatively influence the two countries’ historical and deep relations in line with their own group-related or political interests.”

Nouri has been sntenced to life imprisonment by a Swedish coury over ‘rights violations’ some 30 years ago. He was arrested by security forces upon arrival in Sweden in 2019.

The top Iranian diplomat also expressed hope that the long-running relations between the two countries will be further enhanced with the two sides’ efforts.

The Swedish foreign minister, for her part, referred to the spirit of law and the existence of independent approaches in issuing rulings among judicial apparatuses of different countries.

She said that continued consultations between the Iranian and Swedish foreign ministers on this topic would facilitate achieving a common understanding of consular issues, including reviews of some dossiers.

The two sides stressed the continuation of political consultations between the two states at various levels.

They also exchanged views on bilateral subjects and the grounds for joint cooperation.