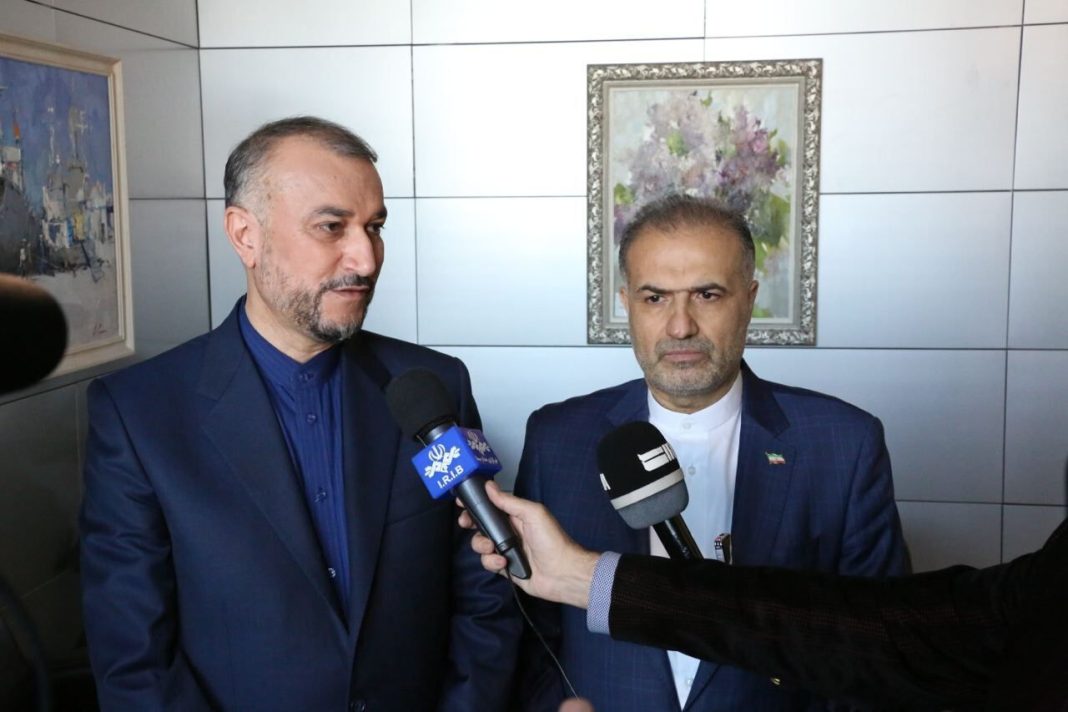 Iranian Foreign Minister Hossein Amir Abdollahian says Tehran openly condemns war, wherever in the world it may be. Amir Abdollahian made the comment upon arrival in Moscow for talks with top Russian officials.

He said he is pursuing several objectives during his visit. The first, he said, is following up on the agreements reached between the Iranian and Russian presidents, during President Ebrahim Raisi’s visit to Russia two months ago.

The foreign minister said the second issue he will be discussing in Russia is the developments in Ukraine.

“We openly condemn war, whether it is in Ukraine, Afghanistan, Yemen, or anywhere else in the world. We also condemn sanctions and focus on a political resolution concerning Ukraine,” he said.

The third issue is following up on the Vienna talks for removal of sanctions. Published comments and news reports say if we reach a deal with the US and the west, we may not have the needed support for the Russian side. I did not get this impression from the talks I had with [Russian Foreign Minister Sergey] Lavrov, last week.

The Iranian top diplomat added that he hopes his talks in Moscow will see Russia stand alongside Iran for getting a “good, lasting and strong” agreement, during the Vienna talks.

His comments come amid concerns that Russia’s recent request for its ties with Iran to be excluded from the sanctions, western governments imposed on Moscow over its invasion of Ukraine. The concerns led some Iranian media to accuse Russia of taking the Vienna talks hostage to advance its agenda in Ukraine.