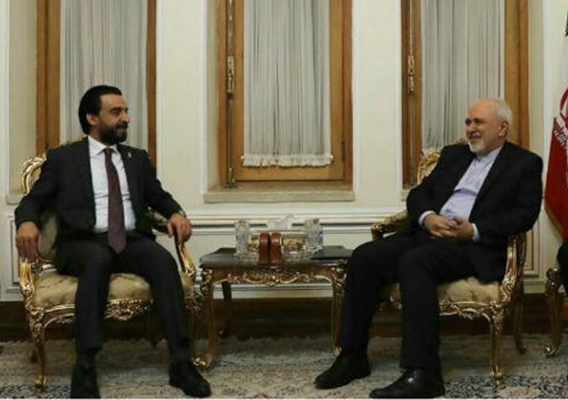 Iranian Foreign Minister Mohammad Javad Zarif has held talks with Iraq’s Parliament Speaker Mohamed al-Halbousi who is on an official visit to Tehran at the head of a delegation.

During the Wednesday meeting, the two sides described mutual relations between Iran and Iraq as strategic, and exchanged views on regional issues, ways to expand and strengthen bilateral ties and the upcoming significant visit of Iranian President Hassan Rouhani to Iraq.

Rouhani is set to start his first-ever official visit to Iraq as the Iranian president as of March 10.

Earlier, Zarif, his deputy Abbas Araqchi and head of Iran’s Central Bank Abdolnasser Hemmati made separate trips to the Arab country to prepare the grounds for the visit.