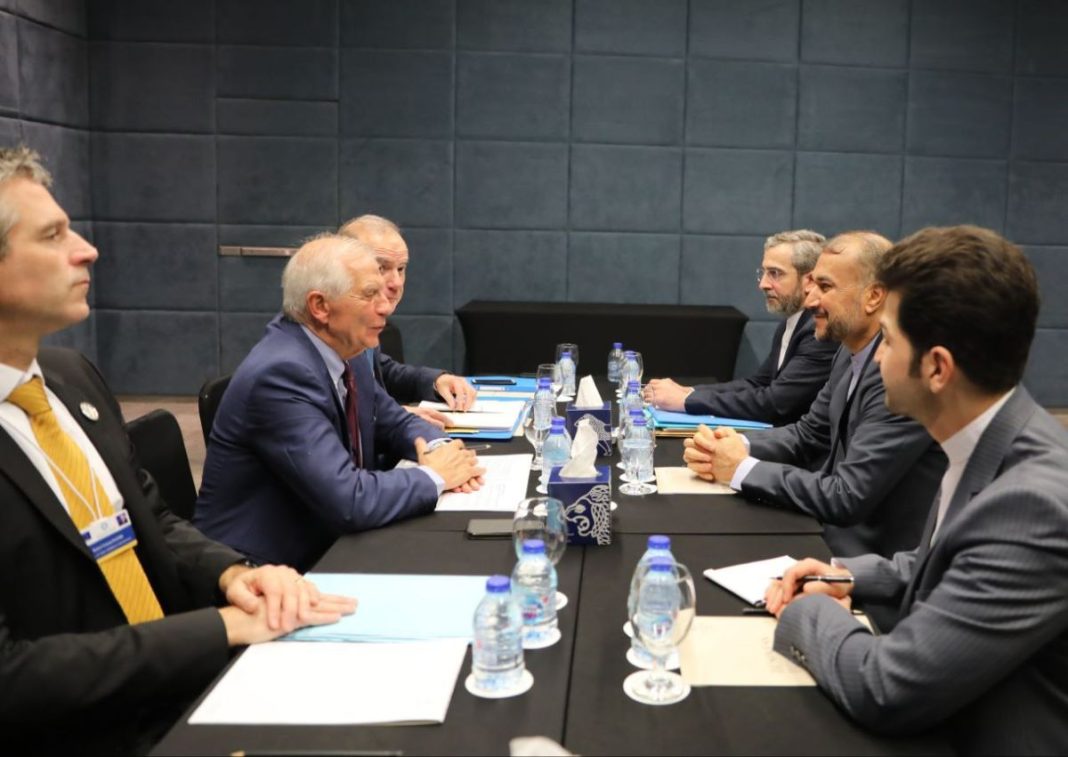 The Iranian foreign minister says Iran is ready to sum up the Vienna talks based on the draft of the negotiation package that was the result of months of intensive and difficult talks.

Hossein Amirabdollahian made the remarks in a meeting with the European Union Foreign Policy Chief Josep Borrell on the sidelines of a security conference in Jordan’s capital Amman on Tuesday.

At the meeting, the key issues on the agenda of Iran and the EU, especially the state of the Vienna talks, were discussed by the two top diplomats.

The Iranian foreign minister also called on the other sides to avoid politicizing the nuclear issue, adopt a realistic and constrictive approach and make the necessary decisions to announce a deal.

Amirabdollahian also condemned the Western countries for their support of the anti-government protestors and rioters in Iran and for their imposition of illegal sanctions on the Islamic Republic on “false excuses of defending the human rights” of the Iranian people.

The Iranian foreign minister said the Western governments have violated the human rights of the Iranian people, including by aiding and abetting the US in its imposition of illegal sanctions on Iran.

Amirabdollahian then voiced Iran’s outlined Iran’s support for Ukraine’s territorial integrity and stressed the need for ending the Ukraine conflict and resolving the crisis there through peaceful means.

The EU foreign policy chief Joseff Borrell, for his part, reaffirmed the EU’s resolve to continue the Vienna negotiations until they produce results.