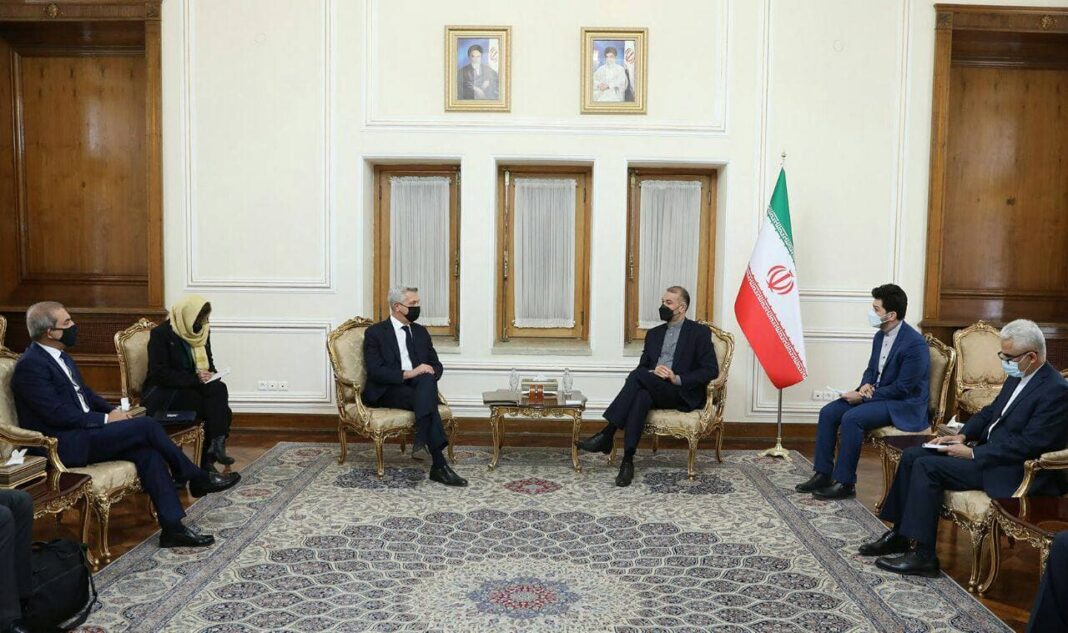 The Iranian foreign minister says Tehran does not have the capacities to provide Afghan refugees with services more than the current level.

Hossein Amir Abdollahian made the remark in a Monday meeting with the United Nations High Commissioner for Refugees Filippo Grandi in Tehran.

During the meeting, Amir Abdollahian thanked the UN High Commission for its assistance regarding Afghan refugees, but said that the assistance provided was insignificant compared to the volume of our country’s measures in this regard.

The Iranian minister of foreign affairs pointed out that more than 520,000 foreign students in Iran study for free and that the vaccination of Afghan asylum seekers has been considered and taken on a par with that of Iranian citizens.

Amir Abdollahian added that Iran does not have the capacity to provide more services than the current level to new asylum seekers, and that the international community must pay special attention to the living conditions of the Afghan people.

He praised the UN Commission for its services, but said that they were inadequate given the scale of the refugee crisis. Amir Abdollahian added that the crisis of Afghan refugees’ influx towards neighboring borders is increasingly large but the volume of international aid is very small.

The Iranian foreign minister further called on the UN Commission to be more active inside Afghanistan and to help reduce asylum seekers from Afghanistan by providing assistance inside the country.

Amir Abdollahian also stressed that European countries must pay their fair share in this regard, and while the presence of several thousand refugees on the European borders turns into a crisis, they should not expect help from Iran forever and just pay lip service with kind words.

The Iranian foreign minister also suggested that the UN High Commission and the UN secretary-general put holding an international fundraising conference for the people of Afghanistan on their agenda.

He called Iran’s attention to vaccinating a high percentage of Afghans in Iran and the resettlement of new refugees who enter Iran every day a humane and important step, adding that: We are pursuing an increase in the UN Commission activities and financial resources inside Afghanistan.

He also presented a report on the actions of the UN Refugee Agency, especially regarding Afghan asylum seekers to the top Iranian diplomat.