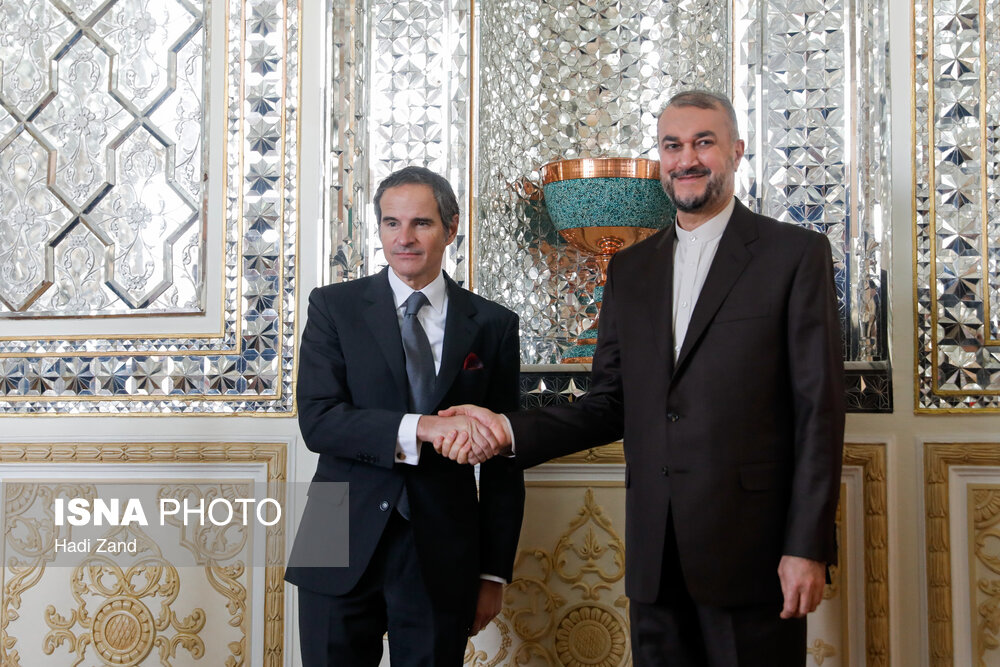 Iran’s foreign minister, in a meeting with the visiting head of the International Atomic Energy Agency, stressed the need for an independent, professional and impartial approach by the IAEA.

The meeting was held in Tehran on Saturday.

During the meeting, the Iranian foreign minister, also stressed the importance of strengthening the agency’s relations and cooperation with the Islamic Republic in areas beyond oversight and inspection, including supporting Iran’s peaceful nuclear industry.

Amir Abdollahian also expressed hope that the negotiations and understandings between the IAEA and Iran’s Atomic Energy Organization will pave the way for the implementation of agreements more than ever before.

In the meeting, Iran’s foreign minister also referred to the role of the Zionist regime in creating discord and crisis and drew the attention of the IAEA director general to the regime’s abuse of the mechanisms of the agency.

Amir Abdollahian expressed hope that during the visit of the IAEA chief, mutual trust and cooperation between the two sides will be further strengthened.

Meanwhile, Grossi underlined a technical and professional approach and also the need for strengthening relationships, cooperation and finding creative solutions.

He also underscored the IAEA’s readiness to support joint projects for peaceful use of nuclear energy and described his visit to Iran as a sign of the will to hold dialogue, find common ground, resolve issues and enhance cooperation with the Islamic Republic of Iran.

During the meeting, the two sides described the cooperation process between the IAEA and the Atomic Energy Organization of Iran as positive and successful.