Iranian Foreign Ministry Spokesman Bahram Qassemi has expressed regret over the crash of a passenger plane in Cuba, which killed over 100 people.

In a Saturday statement, the spokesman offered sympathy to the Cuban government, nation and families of the victims of the deadly incident.

A nearly 40-year-old Boeing 737 airliner crashed near Cuba’s main airport in Havana on Friday in the country’s worst air disaster in decades.

Cuban authorities have launched an investigation, and two days of national mourning have been declared.

The plane crashed on Friday, shortly after taking off from Havana on an internal flight to Holguin on the east of the island. 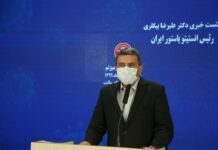