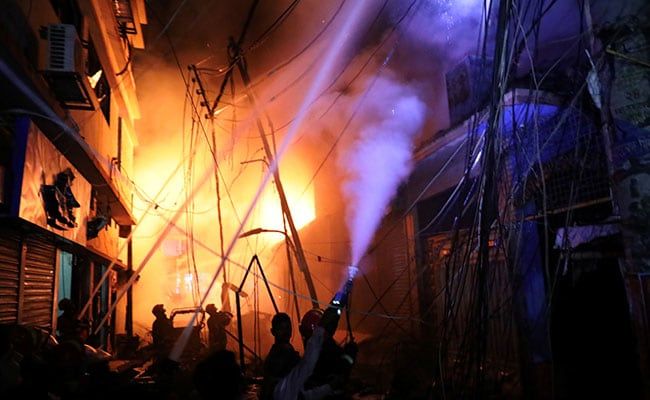 The Iranian Foreign Ministry spokesman has expressed deep regret over a deadly fire in the Bangladeshi capital of Dhaka, which killed and injured scores of people.

In a Thursday statement, Bahram Qassemi offered condolences to the Bangladeshi nation and government.

He also sympathized with the bereaved families of those killed and wounded in the tragic incident.

At least 81 people have died in a huge fire that tore through apartment buildings also used as chemical warehouses in an old part of the Bangladeshi capital, a fire official said Thursday.

Dozens of people were trapped in the buildings, unable to escape onto narrow streets clogged with traffic, as the highly-combustible stores of chemicals, body sprays and plastic granules erupted in flames.

Bangladesh’s fire service chief Ali Ahmed said the death toll was expected to rise “The number of bodies may increase. The search is still going on,” he told AFP.

Ahmed said the blaze at Chawkbazar in the old part of Dhaka might have originated from a gas cylinder before quickly spreading through a building where chemicals were stored.