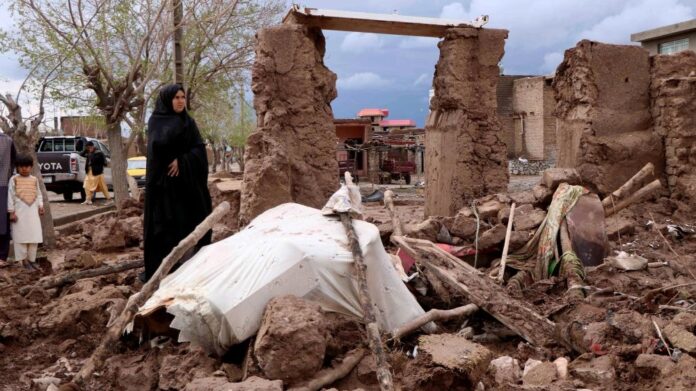 Iranian Foreign Ministry Spokesman Bahram Qassemi has expressed deep regret over the damages and casualties caused by the recent flooding in various Afghan cities and regions.

In a Saturday statement, Qassemi sympathized with the government and nation of Afghanistan, particularly those affected by the incident and the families of the victims.

“In the recent floods that hit various regions of Iran and Afghanistan, the governments and nations of the two countries will stand by together, as always, in the ensuing hardships and problems,” he added.

Flash floods in western Afghanistan have killed at least 35 people, destroyed homes and swept through makeshift shelters that housed displaced families, according to a government official.

Flooding caused by heavy rains started spreading on Thursday and left a trail of devastation across seven provinces.

Hashmat Bahaduri, a spokesman for Afghanistan’s National Disaster Management Authority (ANDMA), said the floods killed at least 12 people in Faryab province and 10 others in Herat province.
Eight people were killed in Badghis province and five in Balkh province, Bahaduri told AFP news agency, adding that more than 3,000 houses had been destroyed.