Iran to expedite nuclear program if US fails to lift sanctions 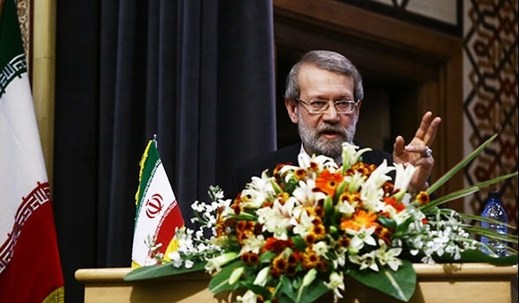 Parliament Speaker Ali Larijani has said that Iranian lawmakers are seeking to ratify a bill to resume nuclear enrichment if new Western sanctions are imposed on Iran.

Iranian Parliament Speaker Ali Larijani underlined that Tehran would revive and speed up its nuclear activities, including its enrichment program, in case the US refrains from removing all sanctions against Iran under a final deal.

“A number of Iranian lawmakers are seeking to ratify a bill according to which if new Western sanctions are imposed on Iran, the country will resume nuclear enrichment at any level,” Larijani said, addressing a group of people in the city of Qom on Friday.

On Wednesday, Iranian Foreign Minister Mohammad Javad Zarif cautioned P5+1 (the US, Russia, China, Britain and France plus Germany) not to miss the present opportunity for cutting a final deal with Iran.

Speaking in a televised interview in Geneva, Zarif advised nuclear negotiators to use the opportunity for resolution of the deadlock over Iran’s nuclear program.

Upon arrival in Geneva, Zarif called on his Western counterparts in the nuclear talks to show courage and avoid drawing baseless redlines to make a landmark nuclear deal possible.

“Now we have come to a stage that requires the other side to take its decision in order to enable us to move forward,” Zarif said upon arrival in Geneva where he later met his US counterpart John Kerry on the latest developments in talks between Tehran and the G5+1.

“There need to be some new and comprehensive proposals, and we are ready to bring all issues to final results, but we should see the extent of the readiness of the other side,” he added.