Iran, EU Hold 4th Round of Political Talks in Brussels 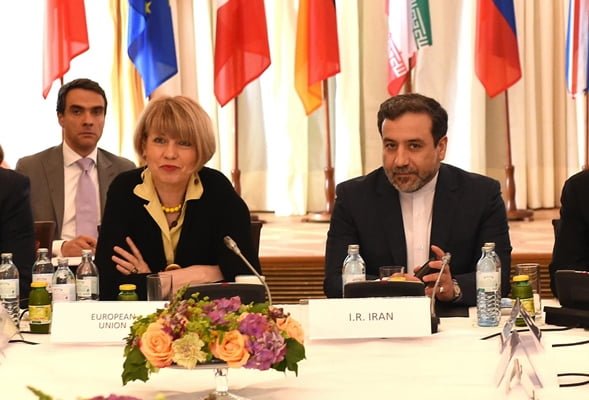 The fourth round of high-profile political negotiations was held on Monday between Iran and the European Union in the Belgian capital of Brussels.

The talks were held both in the afternoon and in the evening. The meetings were co-chaired by Abbas Araqchi, the deputy Iranian foreign minister for political affairs, and Helga Schmid, the Secretary General of the European External Action Service.

The negotiations brought together a delegation from the Iranian parliament and Foreign Ministry as well as directors general of different departments of the European Commission.

The two sides exchanged views on last year’s performance in the above-mentioned areas and reached agreement on ways of promoting future programs. The second part of the discussions revolved around regional issues.

In an opening speech, Araqchi highlighted the strategic importance of the Iran nuclear deal for regional and international peace and security. He said the International Atomic Energy Agency (IAEA) has in 13 reports corroborated the Islamic Republic of Iran’s full commitment to its obligations under the nuclear agreement.

The official underscored the need for other signatories to the Iran nuclear deal, especially the EU and the European countries, to reciprocate Iran’s compliance with the agreement and expedite the implementation of the deal in an efficient manner amid Washington’s illegal pullout from the deal.

He said any foot-dragging on the fulfilment of commitments under the deal will cause “this key diplomatic achievement for the international community” to face serious challenges. In that case, he said, Iran will make decisions based on its own interests and independence.

This round of high-profile talks coincided with the third Iran-EU seminar on peaceful nuclear cooperation in the Belgian capital, Brussels. The Iran-EU seminar was co-chaired by Head of the Atomic Energy Organization of Iran Ali Akbar Salehi and the head of the EU energy commission.