Iran does not expect change in US behavior following talks: Araghchi 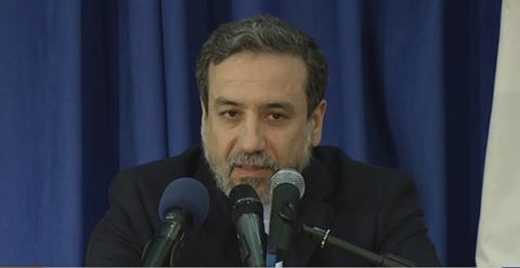 Araghchi said, likewise, the US should expect no change in the policies of the Islamic Republic.

Deputy Foreign Minister Seyyed Abbas Araghchi says Iran does not expect a change in the behavior of the United States following the successful conclusion of the talks between the Islamic Republic and P5+1, except in the area of Iran’s nuclear program.

Speaking during a press conference in Tehran on Wednesday, Araghchi said the US, likewise, should expect no change in the policies of the Islamic Republic.

He said the talks between Iran and P5+1 were exclusively limited to the Islamic Republic’s nuclear program.

The deputy foreign minister, however, said that upon the decision of high-ranking Iranian officials, Iran may in the future engage in negotiations on specific topics with the US.

He said that no prediction can be made about that issue at the moment.

Issues of the past

Answering a question about the settlement of the issue of the so-called possible military dimensions (PMD) of Iran’s nuclear program, Araghchi expressed confidence that the issue can be resolved rationally and in way that takes account of both sides’ concerns. |

He further referred to a recent “roadmap” devised by the International Atomic Energy Agency (IAEA) and the Atomic Energy Organization of Iran (AEOI) to settle issues, and said the so-called PMD and the disagreement over Parchin military site will be addressed through the mechanism of the roadmap.