Iran Displayed Its Power by Shipping Fuel to Venezuela: IRGC 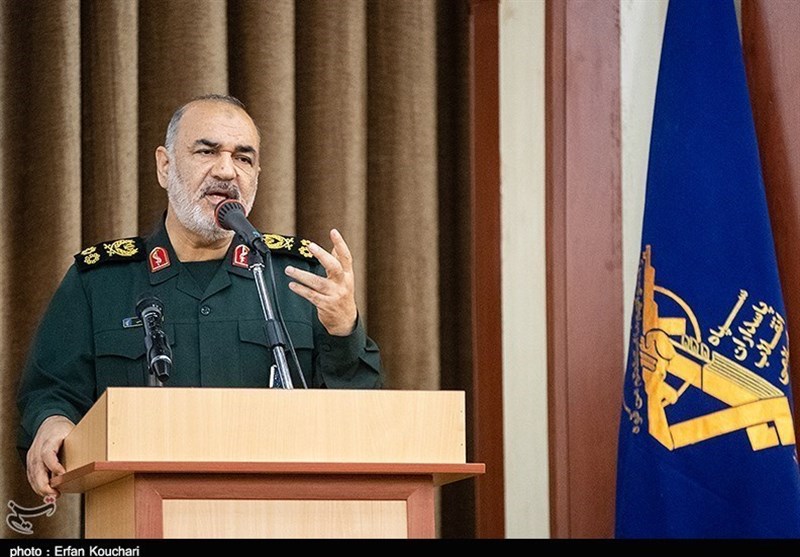 In comments at a military gathering in Tehran on Wednesday, Major General Salami said the greatest exhibition of Iran’s power took place recently when the country “imposed its will” on the adversaries and its oil tankers sailed international waters from the Persian Gulf to Venezuela.

The Islamic Revolution is breaking the back of the enemies, the commander said, adding, “By God’s grace, today we are witnessing the early and rapid decline of our archenemies, particularly the US.”

He said the criminal nature of the US government has become so obvious that even the American people are setting fire to the US flag.

“All of the symbols with which the US was presenting itself and was displaying an untrue image to the world are falling, and the US is tearing apart the image it had created about itself,” the general added.

The IRGC commander went on to say that Iran has overcome the sanctions, while the US is drowning. “Unable to contain the coronavirus, the US is today in the worst economic conditions.”

In remarks in May, Leader of the Islamic Revolution Ayatollah Seyed Ali Khamenei highlighted the defeat that the West has suffered in handling the COVID-19 outbreak, stressing that such a failure must be made public to enable nations to make important decisions about their fate.

The Leader also noted that even the “Western social philosophy” has ended in failure in the face of the novel coronavirus, saying the nature of social philosophy in the West is based upon materialism, which is why the elderly, the sick, the poor and the underprivileged people in the West were ignored after the pandemic and a large number of people in the retirement homes died of the disease.