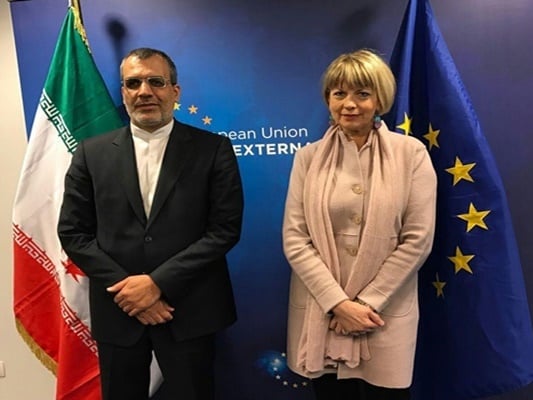 Hossein Jaberi Ansari, a senior assistant to Iran’s Foreign Minister, has held talks with a number of European officials on the crisis in Yemen.

During the Thursday talks in Rome, Jaberi Ansari conferred on the Yemen crisis with Helga Schmid, the Secretary General of the EU’s External Action; and the political directors of the British, Italian, German and French Foreign Ministries.

The officials attending the talks explored various aspects of Yemen crisis, particularly the deteriorating humanitarian conditions in the war-torn country.

Preliminary steps to build trust among the conflicting sides in Yemen were also discussed in the talks.

The first round of talks on Yemen crisis was held in February in Germany’s Munich. Based on the agreements made in the Rome talks, the third round of the negotiations is expected to be held by the EU in Brussels in mid-June.

Earlier on Thursday, Jaberi Ansari had sat for talks with Luca Giansanti, the Director General for Political and Security Affairs at the Italian Ministry of Foreign Affairs.  During the meeting, the two sides exchanged views on regional and bilateral issues.

Years of mediatory efforts by the UN and other international players have failed to bring a peaceful resolution to the ongoing conflict in Yemen.

Meanwhile, a Saudi-led military intervention in the impoverished country has brought the country to the brink of a catastrophic humanitarian crisis.

According to the UN, a record 22.2 million people are in need of food aid, including 8.4 million threatened by severe hunger.