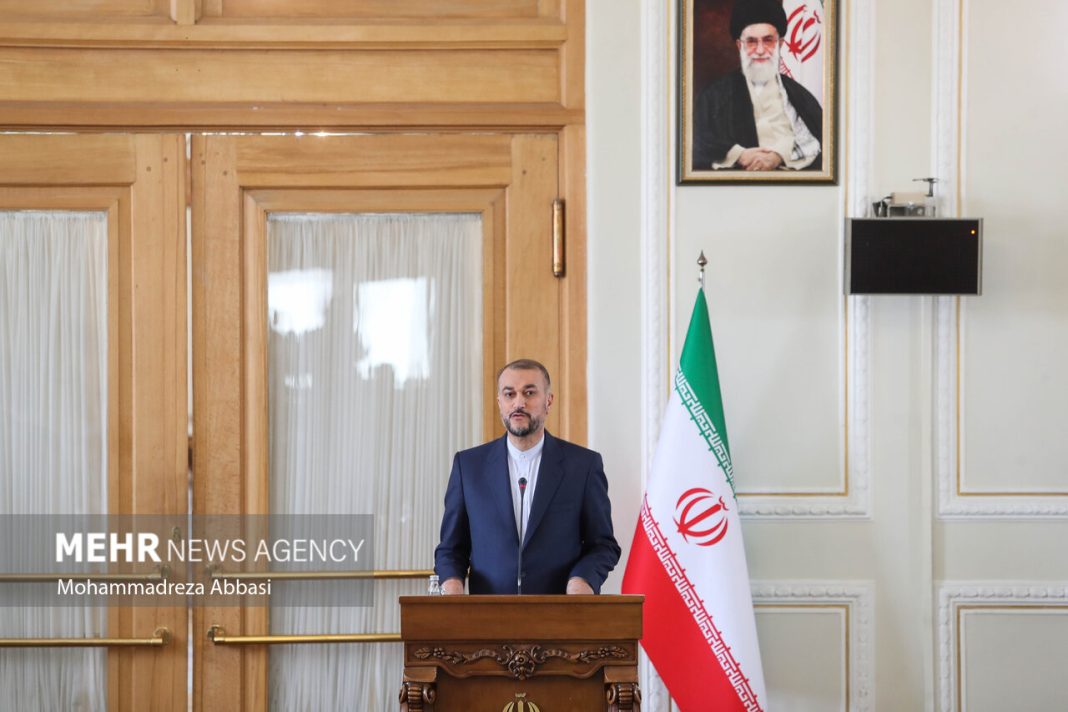 The Iranian foreign minister, in a phone conversation with his Omani opposite number, called for dialogue among regional countries aimed at establishing peace and security.

Hossein Amirabdollahian pointed to US President Joe Biden’s upcoming visit to the region, noting that officials in the Middle East shouldn’t let extra-regional countries to influence cooperation and stability here.

“We emphasize dialog and cooperation in the region and believe that West Asian nations should decide its future themselves”, the Iranian foreign minister stressed in his Friday afternoon phone talks with Badr al-Bu Saidi.

Amirabdollahian also said recent visit of Iranian President Ebrahim Raisi to Oman has been a new turning point in ties between Tehran and Muscat, underlining the necessity of pursuing and implementing agreements reached during the trip.

Badr al-Busaidi for his part said Oman trusts the new Iranian administration’s approach which is based on the expansion of ties with the regional countries.

The two sides also welcomed the continuation of a truce in Yemen.