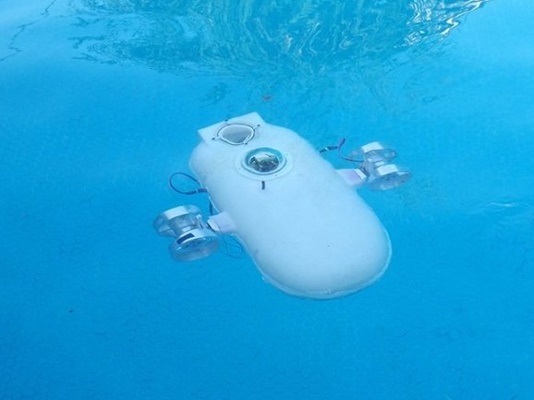 Iranian scientists from a knowledge-based company have managed to develop a smart robot for underwater research.

Head of the “Underwater Smart Robot with Rotary Actuator” project, Mehdi Alyar Shooreh-Deli, says the robot has managed to gain a bronze medal in the third technological festival of “Sea as the Progress Road”, a Farsi report by ISNA said on Wednesday.

He elaborated on the robot’s capabilities and added the underwater smart robot also known as AUV has a five-step gear for moving around.  “It is also capable of deciding how to pass through obstacles with two fixed and rotating cameras.”

The Iranian scientist also noted that the robot is equipped with a system for sending, receiving and storing photos and other information.

“Meanwhile, the robot can conduct research underwater nonstop for at least two hours,” he added.

He went on saying the robot has a weight of 21 kilogram and a 22-littre volume.

“The robot is capable of hovering and finding its bearings while suspended which make it similar to well-known robots designed and developed across the world,” he said, adding the Iranian scientists have managed to resolve some of the main problems which large-size robots usually suffer from.

He also expressed hope that the robot will have a promising future and added at present negotiations have begun with the Iranian naval forces to make the robot industrialized.