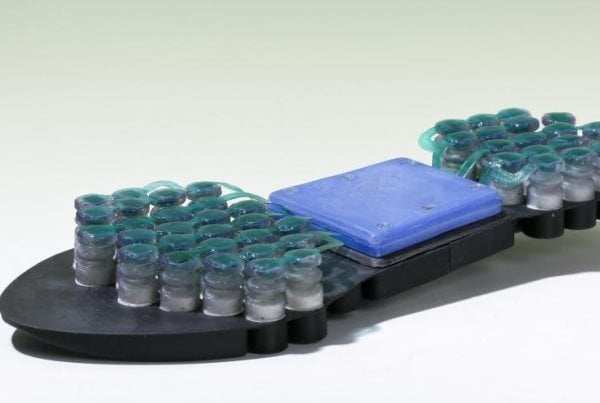 Iranian scientists have managed to design a unique type of smart shoes for changing the walking patterns of patients suffering from diabetes.

Mohammad Mojarradi, a member of a scientific project named “The Laboratory for Shoes or Smart Shoes”, said the newly designed shoes are equipped with a number of sensors for measuring the energy that the patients spent during walking as well as their speed.

“Given the fact that each person has their own pattern for walking and the pattern plays a key role in our health, we began to design new smart shoes equipped with some sensors to explore the patterns of walking,” he was quoted as saying in a Farsi report by Mehr News Agency.

According to Mojarradi, those healthy people who are suffering from misbalance during walking can also use the new smart shoes.

He underlined that the shoes have been designed to measure the physical features of the walkers to provide them with an appropriate pattern of walking.

“The data are transferred to the physicians through a wireless system so that they can make some prescription for improving the patients’ walking patterns,” he noted.

Mojarradi said the shoes are equipped with a software system for measuring all features of the owners’ feet during walking.

The member of the project also said this is the first smart shoes which have been designed for the diabetic patients in Iran and added to promote the new product, the scientific team is going to install a GPS on the shoes as well.

The project is sponsored by the Physical Education Research Centre at Tarbiat Modares University.