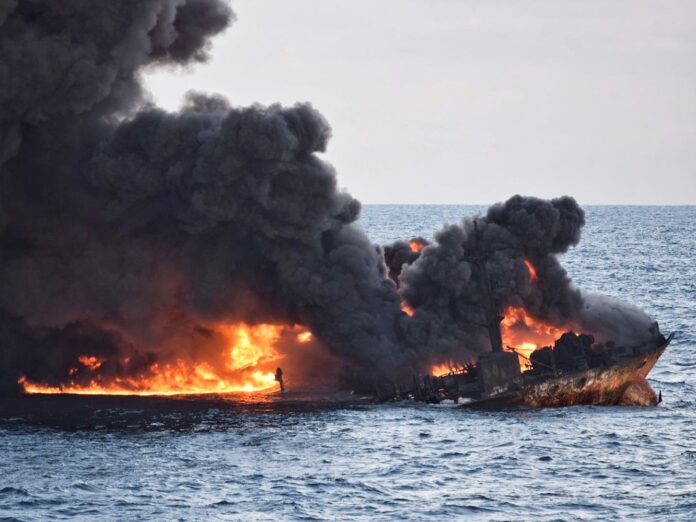 Iran has rejected the claims that Sanchi oil tanker has been hit by a US missile while heading towards North Korea, saying that such rumours are more like a Jules Verne story.

Iranian Labour Minister Ali Rabiei, who was tasked by President Rouhani with following up the recent oil tanker accident, told a press conference in Tehran it is a very big lie that the tanker has been hit by a missile.

“If anyone is familiar with political issues and radar systems, s/he will understand this is not true. Moreover, the bill of lading was issued for South Korea, and the government officially confirmed it. This is not an issue that could be kept secret internationally,” the Khabar Online news agency quoted Rabiei as saying in a Farsi report.

In response to a question regarding the negligence of the Chinese, he said it was not possible to get service from the Japanese and the Koreans because the incident happened in the Chinese waters.

“Some were saying that the fate of our nationals may have not been important to the Chinese, but we did not find any evidence that the Chinese would not care for the seafarers’ lives,” he underlined.

The entire crew members of Iran’s Panama-registered Sanchi oil tanker were killed after the vessel collided with a Chinese freighter in the East China Sea.

This oil tanker had 32 people inside, 30 Iranians and two other people from Bangladesh. Only the bodies of three were recovered.

The vessel sank on Sunday after a huge explosion while a team of Iranian commandos were getting prepared for a rescue operation.