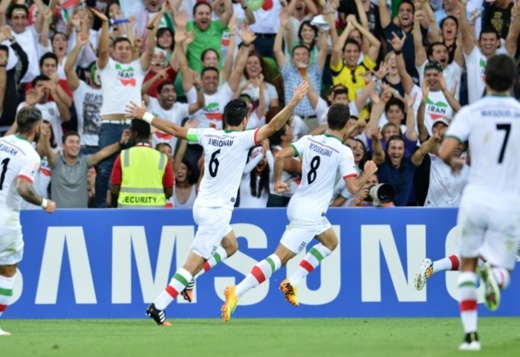 Iran defeat Bahrain 2-0 in their opener at the AFC Asian Cup 2015 in Australia. Iran are now second in the group standing.

The Iranian national soccer team’s effort to end an almost four-decade-long drought of Asian Cup got off to a winning start on Sunday, January 11.

Ehsan Haj-Safi scored the opener in the injury time before the interval. In the second half Iran kept up the pressure and found the back of Bahrain’s net through Masoud Shojaei in the 70th minute.

After the final whistle, Haj Safi was named the most valuable player of the game.

Earlier in another match at Group C, the UAE trounced Qatar 4-1 to secure the top place in the table. Iran are now second on three points. Qatar and Bahrain are pointless.