Iran: Decision over direct talks with US based on Washington behavior 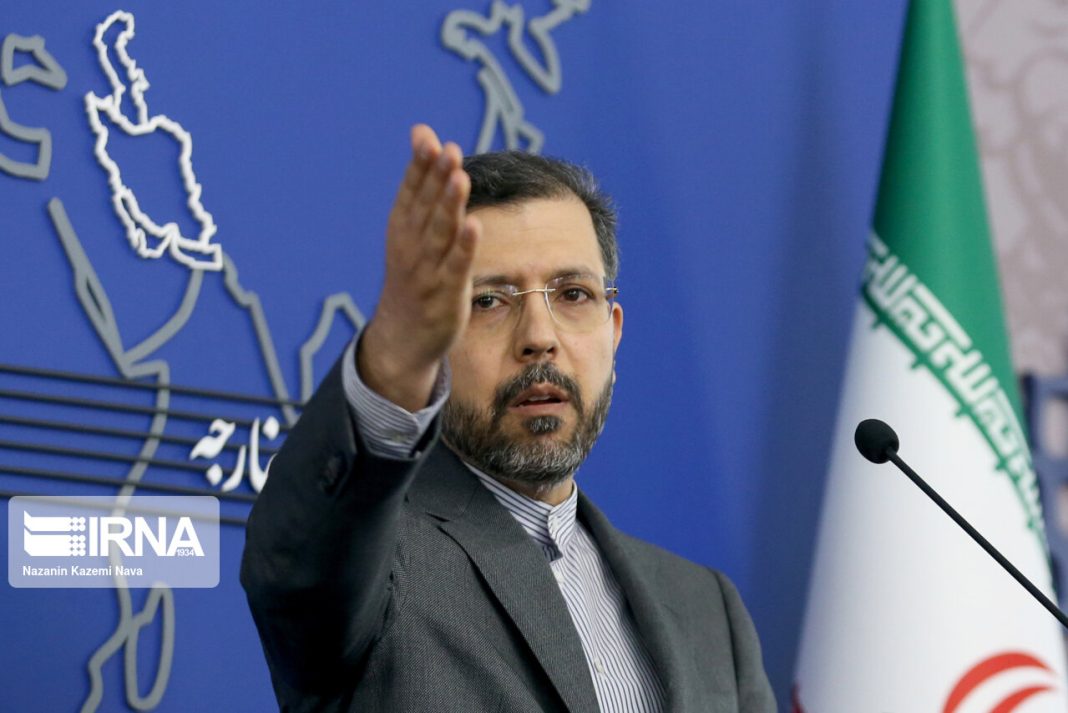 Iranian Foreign Ministry Spokesman Saeed Khatibzadeh says Tehran will make decisions regarding direct talks with the US based on Washington’s behavior, not vague messages.

Speaking at his weekly presser on Monday, Khatibzadeh said a request for negotiation is meaningful if the reason for it is known.

He added that so far Iran has seen no change in the US behavior and the so-called maximum pressure campaign against the Iranian people remains in place.

Khatibzadeh added that any move by Iran will be aimed at realizing the country’s national interests.

He referred to the Vienna talks, saying if the US wants to return to the Iran nuclear deal, JCPOA, it must accept commitments under the deal.

Referring to the recent visit by the International Atomic Energy Agency chief to Tehran, the Foreign Ministry spokesman noted that Iran has responded to IAEA chief Rafael Grossi’s questions regarding some sites in Iran and expects that the cases will be closed in due course.

Khatibzadeh added that Iran and the agency have reached an agenda under which Tehran will respond to the IAEA’s technical questions over the next couple of months.

Khatibzadeh noted that there’s a direct relationship between a deal in Vienna and responding to those questions.

Khatibzadeh went on to note that the goal of the Vienna talks is clear, adding that the negotiations aim to remove anti-Iran sanctions that are unrelated to the JCPOA.

He also said Iran has made efforts to keep this issue away from other cases over the past 11 months. Regarding the resolution of safeguards issues, the spokesman said a deal in Vienna will pave the way for the US return to the JCPOA but it will not be reached overnight.

He then spoke about Russia’s latest stance on the Vienna talks. The spokesman underlined that Iran’s nuclear cooperation with Russia must not be affected by the sanctions on Moscow over the Ukraine crisis.

The spokesman reaffirmed Iran’s stance on the situation in Ukraine. He said what’s unfolding in Ukraine is the result of US-led NATO’s expansionist policies over decades.

Khatibzadeh noted that Iran made efforts to prevent the war and after its outbreak, has been calling for a ceasefire and talks.

Khatibzadeh also spoke about the Saudi crown prince’s remarks about talks with Iran, saying that Saudi Arabia is an important country in the region and the Muslim world and differences should not prevent the two countries from having minimum meaningful ties.

He said the people of the two countries will be the main beneficiaries of ties between Tehran and Riyadh.

Khatibzadeh said if the Saudis are ready to participate in the Baghdad talks with strong determination, the Islamic Republic of Iran is also prepared for a rapprochement at the highest speed.