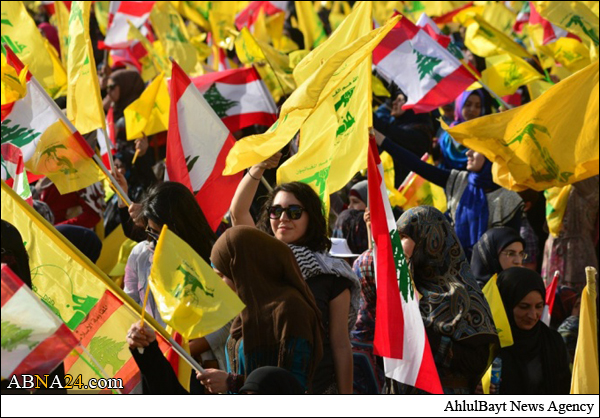 President of the Islamic Republic of Iran Hassan Rouhani has congratulated Lebanon on the anniversary of liberation of the Arab country’s southern regions from the Israeli occupation in 2000, describing the victory as a “medal of honour” for the Lebanese.

In a Sunday message to his Lebanese counterpart Michel Aoun, President Rouhani congratulated the government and nation of Lebanon on the anniversary of the “major and glorious victory” against the Israeli occupiers.

“The historic victory that was achieved with the fortitude and resistance shown by the Lebanese men and women is a medal of honour shining on the chests of all the people of Lebanon, and demonstrated that the struggle against bullies, aggression and occupation leads to victory and fulfillment of the divine promise,” President Rouhani noted.

The Iranian president also noted that a key factor in the continuation of Lebanon’s success in the fight against the “Zionist and Takfiri” enemies and in thwarting the hostile plots has been “the rapport and solidarity of the Lebanese people in light of the government, the army and the resistance.”

“I am confident that people of Lebanon will never forget this strategic choice,” President Rouhani noted.

He finally wished President Aoun health and success and growing prosperity for the people of Lebanon.

Lebanon is celebrating the 20th anniversary of the end of Israel’s two-decade occupation of south Lebanon, known as the Liberation Day.

Israeli forces were forced to withdraw on May 24, 2000 after persistent attacks by Lebanese resistance factions that included Hezbollah Movement.

Despite its withdrawal from Lebanon, Israel continues to occupy strategic hills and plains of the Arab country. The two sides also have disputes over their maritime borders.