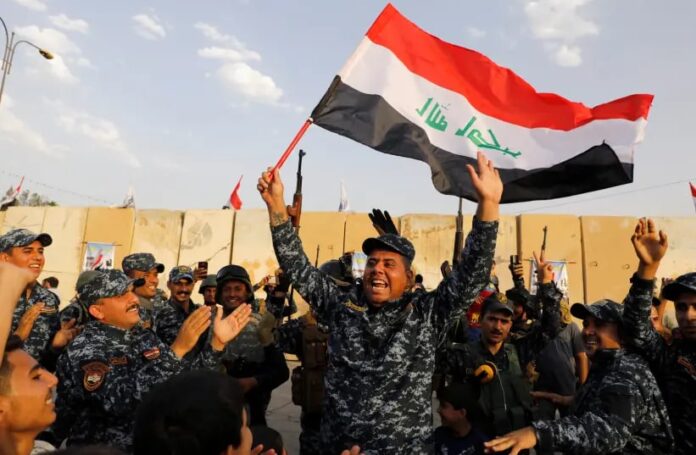 Spokesperson for the Ministry of Foreign Affairs of the Islamic Republic of Iran congratulated the Iraqi government and nation on the third anniversary of victory in the war on ISIS terrorist group.

In a statement released on Friday, Saeed Khatibzadeh hailed the victory as a result of the firm resolve and integrated fortitude of the Iraqi government and nation as well as all military and security forces of Iraq, and said the triumph over inclusive terrorism has been inspired by the Iraqi religious authority, Grand Ayatollah Ali al-Sistani.

Highlighting Iran’s support for Iraq in the fight against ISIS terrorism, the spokesperson said, “The Iranian government and nation have always stood by the Iraqi government and nation and will spare no effort to contribute to Iraq’s solidarity, security, stability, establishment, development, and prosperity.”

He also lauded the sacrifices that Iranian and Iraqi martyrs made in the holy fight against terrorism, saying, “The collaboration and rapport between the two governments culminated in the assassination of martyr Qassem Soleimani and martyr Abu Mahdi al-Muhandis, known as the commanders of the fight against terrorism and extremism.”

“Although the military force of Daesh (ISIS) has been defeated, the Takfiri, anti-human, and terrorist thoughts and the overt and covert regional and extra-regional supports for that (ISIS) continue, and it is necessary for the international community to be vigilant in the face of the ideological spread and resurgence of that current,” Khatibzadeh added.

In early January 2020, a US drone strike near Baghdad International Airport assassinated Lt. General Soleimani and Abu Mahdi al-Muhandis, the second-in-command of Iraq’s Popular Mobilization Units (PMU) anti-terror group, along with several others.