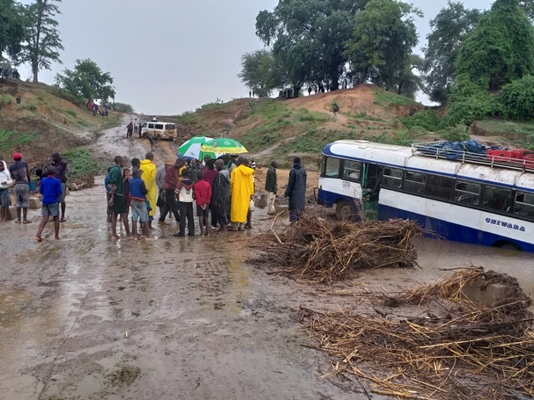 Iranian Foreign Ministry Spokesman Bahram Qassemi has offered condolences to the nation and government of Zimbabwe over the deaths of a number of Zimbabwean people after a heavy storm hit the African country.

In his Sunday statement, Qassemi also sympathized with the bereaved families of the victims.

At least 31 people have been killed and dozens are missing in parts of eastern Zimbabwe after the country was hit by tropical cyclone Idai which lashed neighbouring Mozambique and Malawi, the government said.

Cyclone Idai has affected more than 1.5 million people in the three southern African countries, according to the United Nations and government officials.

Homes, schools, businesses, hospitals and police stations have been destroyed. Roads have been washed away and thousands are stranded by heavy flooding.

Zimbabwe’s Ministry of Information said on Saturday that the deaths were mainly from Chimanimani East, including two students, while at least 40 other people have been injured.