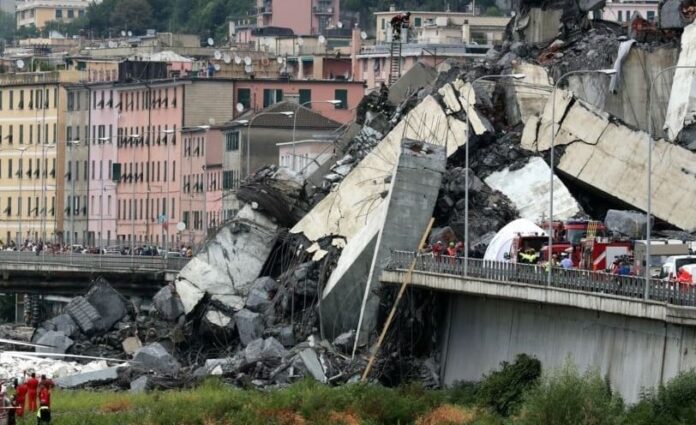 Iran’s Foreign Ministry Spokesman Bahram Qassemi has expressed regret over the deadly collapse of a giant motorway bridge in the Italian city of Genoa.

In a Tuesday statement, Qassemi offered condolences to the Italian government and people as well as the survivors of the tragedy.

About 30 people were killed in the incident on Tuesday.

The collapse, which saw a vast stretch of the A10 freeway tumble onto railway lines in the northern port city, came as the bridge was undergoing maintenance work and as the Liguria region, where Genoa is situated, experienced torrential rainfall.

“Unfortunately there are around 30 dead and many injured in a serious condition,” Interior Minister Matteo Salvini told reporters.

Rescuers kept sifting through the wreckage, strewn among shrubland and train tracks. They said there were “dozens” of victims as rescue helicopters winched survivors on stretchers from the ruined bridge.

Cars and trucks were tangled in the rubble and nearby buildings damaged by vast chunks of concrete, according to an AFP photographer at the scene.

“We’re not giving up hope, we’ve already saved a dozen people from under the rubble,” a fire official told AFP.

“We’re going to work round the clock until the last victim is secured.”

The incident – the deadliest of its kind in Europe since 2001 – is the latest in a string of bridge collapses in Italy, a country prone to damage from seismic activity, but where infrastructure generally is showing the effects of a faltering economy.