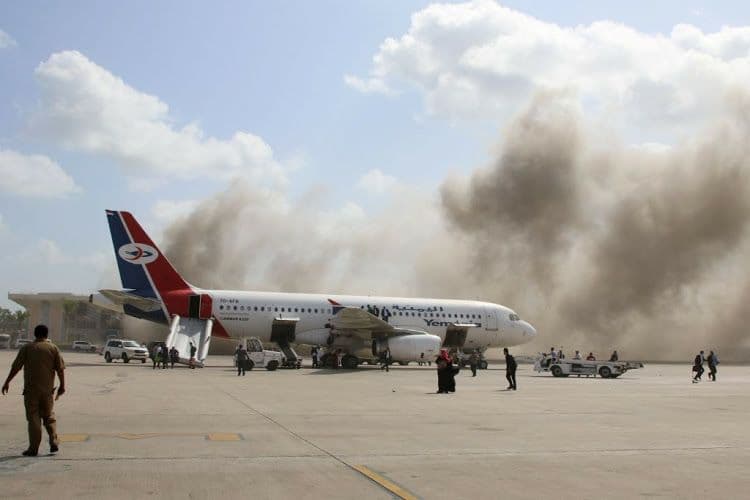 Iran’s Foreign Ministry spokesman condemned explosions which hit an airport in Yemen’s southern city of Aden, and expressed condolences to the families of victims.

In a statement on Thursday, Saeed Khatibzadeh said, “Continued foreign aggression and occupation of Yemeni soil are the key contributors to instability as well as a lack of order and enforcement of law, and have jeopardized Yemen’s territorial integrity.”

“Such acts of violence and the killing of civilians are the result of the mentality of aggressors and occupiers of Yemen, who, in the name of a self-styled coalition, have destroyed the whole of Yemen, and, with their bellicose and secessionist views, have perpetuated the most heinous human crisis in Yemen,” he added.

“The Islamic Republic of Iran condemns the aggressors’ acts of aggression and war, and stresses a political solution to the crisis, and once again asks all parties to end the futile conflict by returning to political negotiations,” Khatibzadeh underlined.

Blasts struck an airport in Aden on December 30, 2020, after a plane carrying a self-proclaimed government backed by Saudi Arabia landed from Riyadh.

“At least two explosions were heard as the cabinet members were leaving the aircraft,” according to media reports.

Yemen’s self-proclaimed information minister Moammar Al-Eryani said on Twitter that all the members of the Saudi-backed cabinet were “fine”.