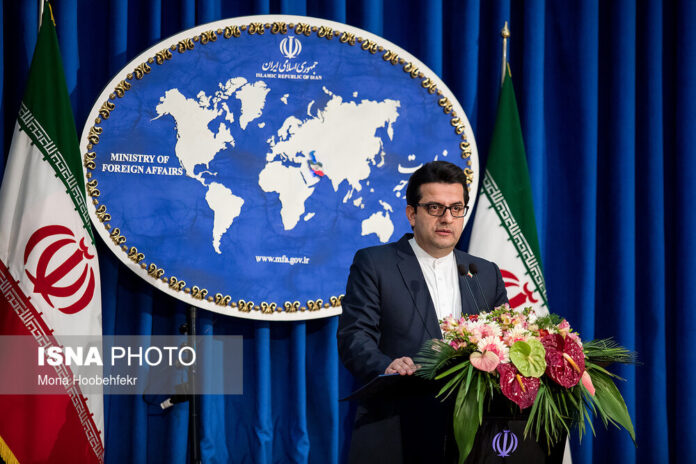 Iran’s Ministry of Foreign Affairs has condemned the new US sanctions against Syria, pledging that Tehran will maintain and boost economic ties with Damascus.

In a statement on Wednesday, Iranian Foreign Ministry Spokesman Seyyed Abbas Mousavi condemned the imposition of new US sanctions under the so-called Caesar Act against Syria as a violation of the international law and humanitarian principles.

“While the world is gripped by the coronavirus pandemic, the imposition of such inhumane sanctions will only add to the sufferings and pains of Syrian people,” he noted.

“As already announced, the Islamic Republic of Iran does not give any credence to such cruel and unilateral sanctions that are passed and imposed on the basis of bullying, and deems them to be economic terrorism against the ordinary people of Syria and a continuation of the US attempts to destabilize that country (Syria),” Mousavi added.

“We will continue economic cooperation with the resisting nation and government of Syria like the past, and will strengthen our economic relations with Syria in spite of the sanctions,” he stated.

On Wednesday, the US State Department and the Treasury said 39 Syrian individuals, including President Bashar al-Assad and his wife, had been designated for a load of new economic and travel sanctions.

The sanctions are the result of legislation known as the Caesar Syria Civilian Protection Act.