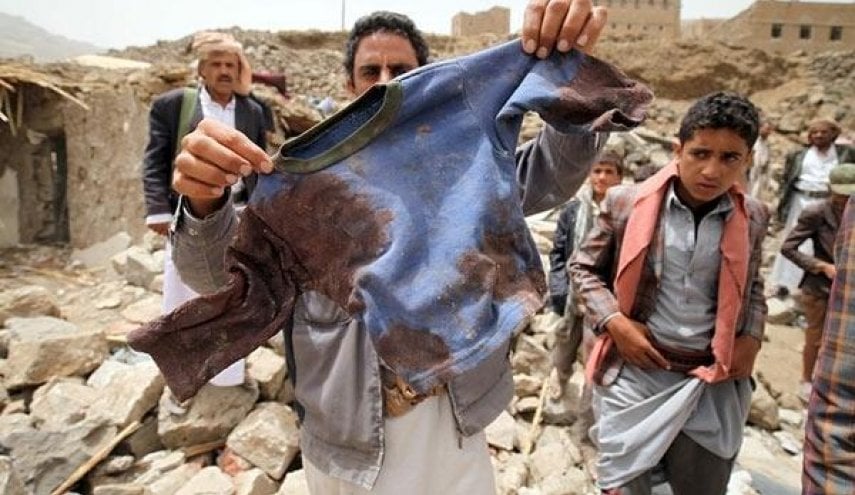 In a Monday statement, Qassemi expressed sympathy with the families of the victims of the violent and inhumane attack, which resulted in the deaths and injuries of dozens of innocent Yemeni citizens, including women and children.

The escalated bombardment of residential areas proves the desperation and inability of the invaders in achieving their goals, he noted.

The spokesman also lashed out at some Western countries for their “irresponsible” supply of weapons to Saudi Arabia.

“Attacks on residential areas and civilian targets and blocking the Yemeni people’s access to international relief agencies and institutions are violations of humanitarian principles and rules.”

Qassemi further called on the United Nations and the countries that can play a role in the resolution of Yemeni crisis to increase their efforts to immediately stop the attacks and to take measures to protect civilians, especially women and children.

A wedding ceremony in Yemen was targeted by Saudi airstrikes as the kingdom continues with its relentless war on the impoverished country.

Reports say as many as 20 people lost their lives and 40 others sustained injuries during the airstrike in Hajjah Province.

The Saudi jets also carried out raids on ambulances transporting the casualties to local hospitals.