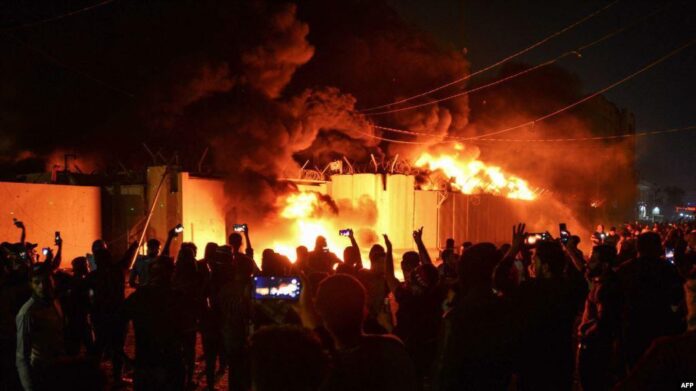 In a Thursday statement, Mousavi expressed hatred for rioters’ storming of the consulate building, calling on the Iraqi government to deal with perpetrators of the attack responsibly, firmly and effectively.

He decried the attack and reminded Baghdad of its responsibility to protect diplomatic sites as well as diplomats.

“Iran’s strong note of protest was officially conveyed to the Iraqi ambassador to Tehran,” he said.

Rioters swarmed Iran’s consulate in Najaf late Wednesday. The masked assailants had also attacked Iranian consulates in the Iraqi cities of Karbala and Basra before. The incident prompted a curfew in the city and the closure of government offices there for Thursday.