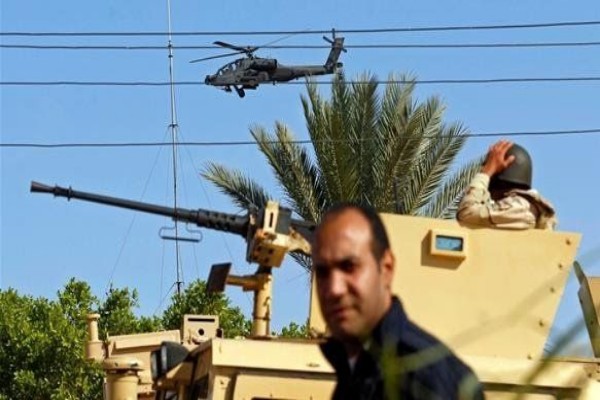 In a Thursday statement, Mousavi offered sympathy to the families of the victims as well as the Egyptian nation and government.

He also underlined the Islamic Republic’s principled policy of condemning acts of terrorism and said, “Such moves are aimed at preoccupying Islamic and regional countries with trivial issues and keeping them away from the first and top priority of the Muslim world, namely supporting the people of Palestine and defending the holy Quds.”

He also stressed the necessity for cooperation and solidarity among regional states in fight against extremism and terrorism.

Some fighters escaped and security forces are following “their movements”, the ministry added.

“Eight killed and three wounded were transferred to El Arish public hospital. All of the victims were Central Security Force personnel,” a medical source told the AFP news agency.

Egyptian state TV said there were fears the death toll could rise as there were reports of attacks on multiple checkpoints.