Iran says committed to diplomacy on revival of nuclear deal 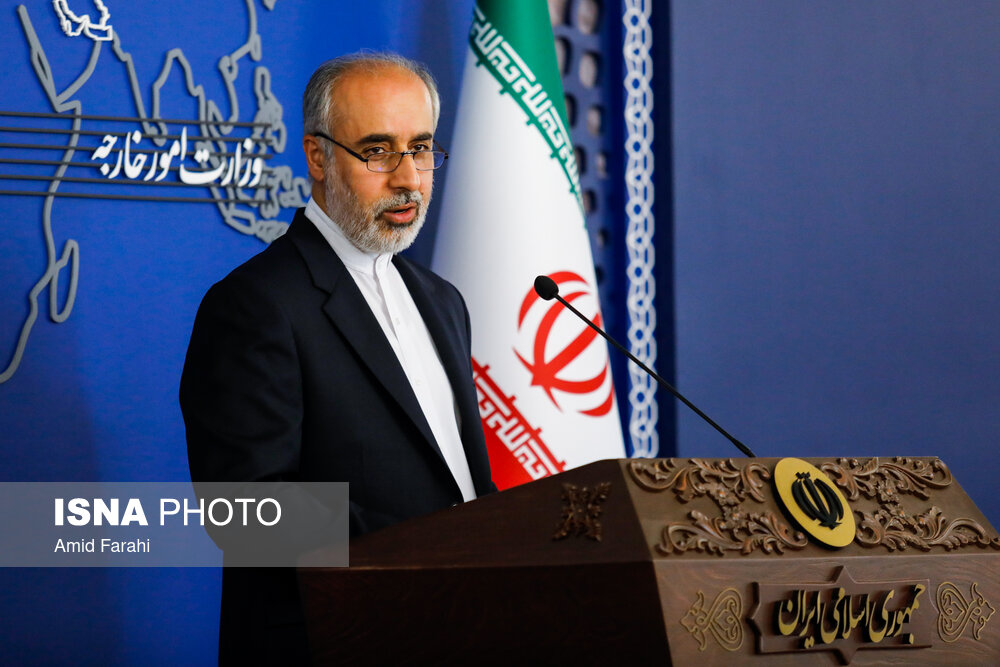 Iran reaffirms commitment to multilateral diplomacy aimed at resolving the differences hindering a revitalization of the 2015 nuclear deal.

At a press briefing on Wednesday, Foreign Ministry Spokesman Nasser Kan’ani called on all the relevant parties, especially the US as the party responsible for the crisis gripping the agreement, to adopt a “constructive” approach so that the negotiations process can bear fruit.

Kan’ani slammed remarks by French Foreign Minister Catherine Colonna, who accused Iran of using “delaying tactics” and “going back” on previously agreed positions during talks in Doha earlier this month.

“Iran’s position on the process of sanctions removal talks is crystal clear,” he said.

“Iran’s message is that we are committed to the process of negotiations on resolving the differences.”

Had it not been for Iran’s responsible behavior and good will, the window for diplomacy would not have remained open, and the Europeans already know that, the official said.

“Iran has always fulfilled its commitments. It was the US that left the agreement and has refused to honor its obligations,” Kan’ani said.

The official added that negotiations continue in the form of exchanging messages, and that the date and the venue of a new round of discussions on reviving the nuclear deal will be announced soon.

“We hope that the talks will reach a conclusion with the adoption of a constructive approach on the part of all the Europeans,” Kan’ani added.

He said Iran’s nuclear work was “fully transparent and lawful” and the country’s activities were under the supervision of the International Atomic Energy Agency (IAEA).

The Zionist regime — which possesses a nuclear stockpile and is no party to the Treaty on the Non-Proliferation of Nuclear Weapons — is in no position to comment on Iran’s peaceful nuclear work, he added.

“Iran will definitely give a firm and serious response to any unwise action by this regime and make it regret its deed,” he said.

The official also urged the US administration and President Joe Biden to review Washington’s foreign policy and stop supporting the Israeli regime.

Kan’ani was also asked to comment on Biden’s upcoming visit to the Middle East and Washington’s claims about provision of security to the troubled region.

“The unlawful presence of America has never led to order and security in any country of the region, such as Iraq and Afghanistan, and has only inflicted humanitarian and material damage on the people,” he said.

Kan’ani further described negotiations between Iran and Saudi Arabia in Iraq aimed at fixing their relations as “promising” and said both sides were willing to keep up the diplomatic process.

“We hope that we will take a tangible step forward in the future round of talks and I believe we will witness better developments in the next session with the political determination of Iraq, Iran and Saudi Arabia,” the official said.