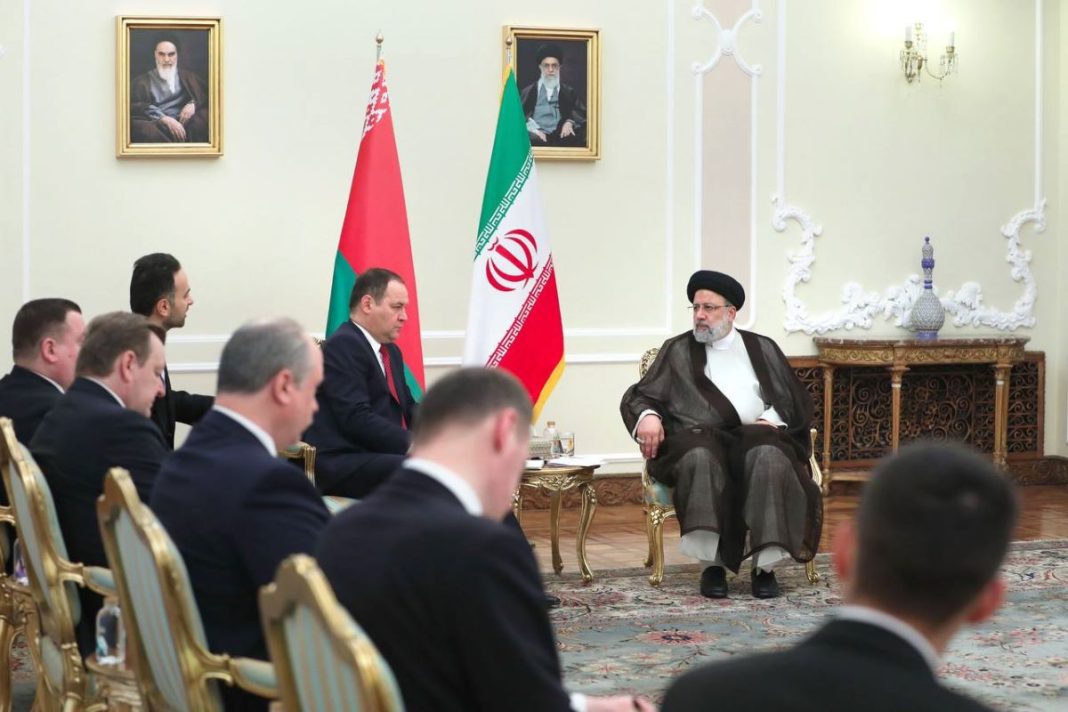 Iranian President Ebrahim Raisi has said that countries that have been sanctioned by global powers, including the US, could offset the embargos through closer cooperation.

In a meeting with the Prime Minister of Belarus Roman Golovchenko on Wednesday, Raisi stated that the relations between the two countries have always been friendly, and in the recent meetings of the heads of the two countries, the development of bilateral cooperation has been emphasised.

“The development and strengthening of relations between the countries that are subject to cruel sanctions because of trying to maintain their independence is one of the effective strategies to neutralise sanctions,” he continued.

Pointing out that the Islamic Republic of Iran has made significant progress in all fields, including in the economic field, despite the cruel and unprecedented sanctions, the Iranian president added, “Today, Iran and Belarus have diverse and significant capacities to develop interactions with each other”.

Raisi stated, “The serious will of the leaders of the two countries to improve the level of relations can remove possible obstacles on the way to the development of interactions.”

Golovchenko, for his part, stated that the approach of the Islamic Republic of Iran to strengthen regional interactions has created a new perspective for improving the level of relations between the two countries.

“My visit to Iran follows the emphasis of the President of Belarus to accelerate the implementation of the agreements made in his two meetings with your Excellency,” he continued.