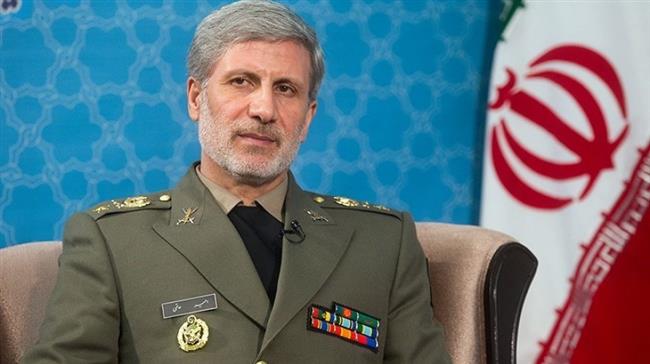 The military brass of Iran and China have exchanged views about ways to boost defense and military cooperation, joint fight against terrorism and efforts to help establish global peace and stability as well as the latest developments in the Middle East and across the world.

He pointed to the ongoing insecurity in the Middle East and said the Islamic Republic has spared no efforts to restore regional peace, stability and security.

“We believe that security is a seamless [issue] and insecurity in the West Asian region has not only affected the surrounding areas but also other parts of the word,” the Iranian military chief said.

He added that the unilateral US approach to violate various international regulations is a breach of international peace and security.

Hatami further said Tehran and Beijing have historical and cultural commonalities and added, “The two countries have common interests and threats and can expand cooperation in this framework.”

The Chinese defense minister, for his part, said Tehran and Beijing share a view to develop cordial relations.

As a developing country, China is ready to boost interaction with Iran, he added.

According to the former Iranian defense minister, defense-military cooperation between Iran and China would guarantee regional and international peace and security.