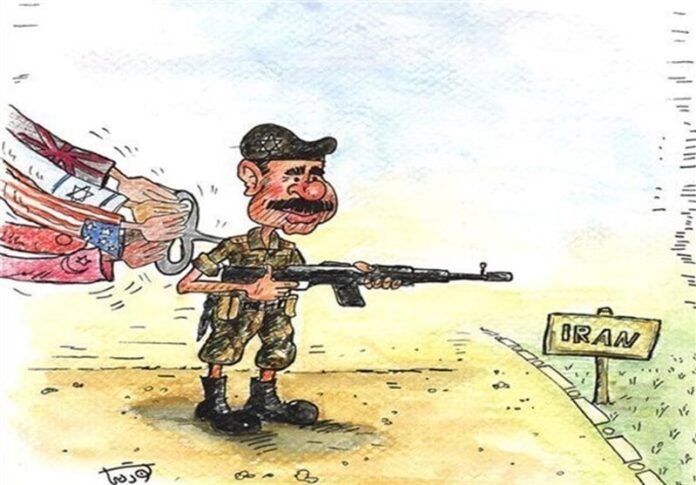 Iran has lambasted Germany for not being accountable for its role in equipping former Iraqi strongman Saddam Hussein’s regime with chemical weapons.

Iran’s Ambassador to the United Nations Esmaeil Baghaei Hamaneh recalled that Germany provided the former Baghdad regime with chemical arms, and said the German government has a responsibility to seriously look into the issue.

Speaking at a United Nations’ plenary session on disarmament held in Geneva, the top diplomat reiterated that all natural persons and legal entities that had a role, in whatever manner, in arming the former Iraqi dictator with chemical weapons are accomplices to Saddam Hussein’s war crimes, and this fact will not slip into oblivion with the passage of time.

He blasted remarks by the German ambassador to the UN, who had said that the issue goes back four decades and that Iran’s bringing up the issue is unjustifiable.

“The issue of Saddam Hussein’s regime using chemical arms and German companies’ complicity with him will not fade away in Iranian people’s memory,” he said.

“Rather, it is felt wholeheartedly by the oppressed victims of these weapons, who are still suffering from the complications of the wounds caused by these arms,” Iran’s envoy added.

However, he welcomed comments by the Germany envoy who claimed his country is prosecuting German firms involved in selling chemical arms to the former Iraqi regime.

Meanwhile, Iran’s ambassador stressed that Tehran will never abandon efforts to follow up on this “blatant tyranny.”

He said Iran expects the German government to publicly announce the outcome of its probes, including investigations into German officials’ involvement or failure to prevent the illegal transfer of chemical arms to Iraq.

It is noteworthy that the German ambassador expressed surprise at the Iranian envoy’s bringing up the issue of Germany’s complicity with the former Iraqi regime in producing chemical weapons.

The top German diplomat claimed that back then, German judicial authorities looked into accusations of chemical arms transfers to Iraq and successfully handled the case.

In response, the Iranian ambassador reminded the German envoy that Tehran has, time and again, brought up the issue of Germany’s involvement in supplying Saddam Hussein’s regime’s with nuclear weapons.

Furthermore, he added, crimes against humanity and war crimes will not fade away with the passage of time.

He also criticized the German envoy for introducing Iran along with North Korea as proliferation threat.