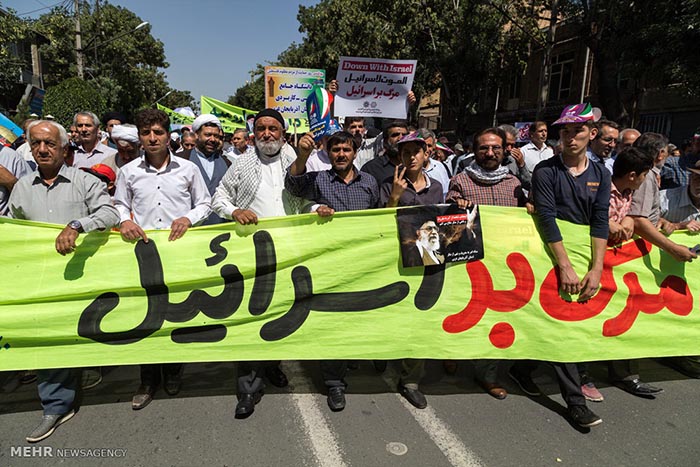 Iran says the International Quds Day rallies, annually held across the country on the last Friday of Ramadan, will only be held in 132 “white” counties and "low-risk" areas this year because of the coronavirus pandemic.

Deputy Head of the Coordinating Council for Islamic Development said on Sunday “Certainly, this year we will not … hold Quds Day rallies nationwide due to the outbreak of the virus.”

He further mentioned various plans have been proposed on how to hold the ceremonies this year.

“In cities such as Tehran and provincial capitals, there is a plan for a car march where motorcyclists will fly a flag and people will follow them. Another plan is to determine specific routes with social distance, and each direction would be taken over by one organisation.”

Meanwhile, Ramazan Sharif, Head of the Intifada and Holy Quds Central Office in Iran, said in a press conference that it is predicted the enemy would launch a media hype on the occasion of Int’l Quds Day, and it is already clear what their scenario is.

“Tehran is the main city, and if rallies are not supposed to be held in Tehran we should announce it clearly and focus on the media and getting messages from resistance figures,” Sharif said.

“As far as we know, the leader of Islamic Revolution will have a speech about Quds, and it would be a good thing if we could have Hamas leader Ismail Haniyeh or one of the resistance figures as a guest,” continued Sharif.

The Quds Day, officially known as International Quds Day, is an annual event that has been held on the last Friday of Ramadan upon the initiative of the Islamic Republic of Iran since 1979 to express support for the Palestinians and oppose Zionism and Israel.

Quds Day is also held in many other countries, mainly in the Arab and Muslim world, with protests against Israel’s occupation of Jerusalem al-Quds. Rallies are held in various cities by both Muslim and non-Muslim communities around the world.