Iran calls for US to “show good will in practice” 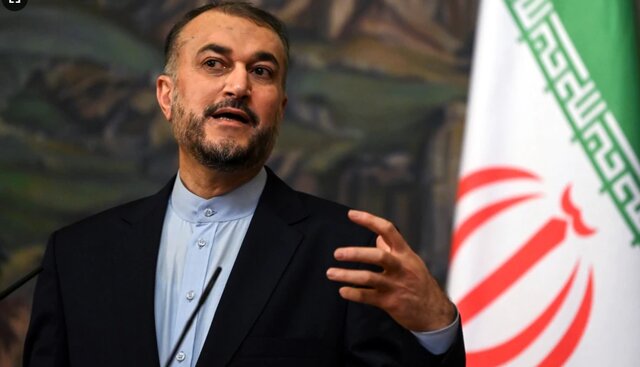 The Iranian foreign minister says the United States must show its goodwill in practice, saying some agreements have been reached on certain issues during the Vienna negotiations.

“The Americans should show their goodwill in actions and objectively,” Hossein Amir Abdollahian told reporters on Saturday while touching upon Washington’s restoration of Iran sanctions waivers.

“Goodwill in practice means something tangible should happen on the ground,” he added.

“The waiver of some of the sanctions can, in the true sense of the word, be a sign of their goodwill. The Americans talk about this, and we should know that whatever happens on paper is good, but not enough,” he said.

Elsewhere in his remarks, the foreign minister touched upon guarantees that the White House should give Iran regarding the Iran nuclear deal.

“When it comes to the Vienna talks on the lifting of sanctions, one of the key issues is to get the necessary guarantees, especially from the Western sides, about the fulfilment of their commitments,” he noted.

“Accordingly, Iran is seeking to secure guarantees,” he added.

“We are seeking to get guarantees in the political, legal and economic domains, and that is our demand,” said the top diplomat.

“Some agreements have been reached in some sectors, and our negotiating team is seriously working to get tangible guarantees, during the Vienna talks, from the Western sides in order to make good on their obligations,” he said.