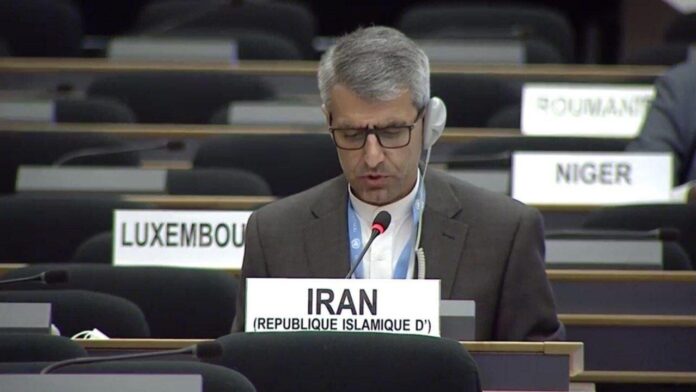 Iran’s ambassador to the UN headquarters in Geneva has lashed out at certain Western governments, especially those in Europe, for interfering in other countries’ affairs under the pretext of human rights violations.

Esmaeil Baqaei Hamaneh said some Western countries are using human rights as an excuse to reach their goals.

“Western countries’ approach toward human rights issues will only create discord and standoffs between countries and downgrade human rights to be used as a tool to achieve political objectives,” he said.

“Some European countries have turned the Human Rights Council into an arena to meddle in the affairs of developing nations,” the top diplomat added.

“It is regrettable that some countries preach about respecting human rights while they have forgotten the crimes that they have committed in the past and present, and they cover up the fact that a great part of the predicaments that others are facing is the fallout from their own colonial policies and domineering mentality,” he noted.

“The rule of law is a prerequisite to the protection of, and respect for human rights,” he said.

“Exerting pressure on other governments under the banner of human rights in order to change domestic legal systems or interfere in judicial cases is unacceptable,” he underlined.

“The best way to realize the objectives of the [Human Rights] Council is dialogue and cooperation based on the principle of neutrality and avoiding stigmatizing and stereotyping others,” the ambassador said.