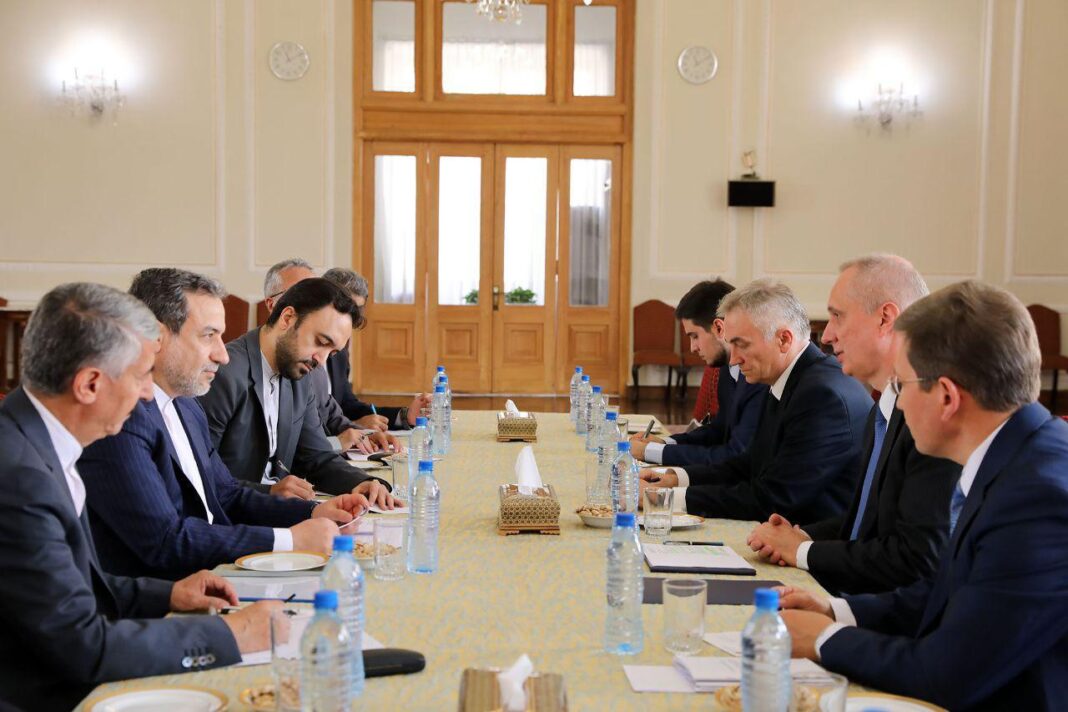 The fifth round of political consultations between the Islamic Republic of Iran and the Republic of Belarus was held in Tehran on Wednesday at the level of deputy foreign ministers.

Considering the sensitivity and importance of the recent developments in the Middle East, Araqchi briefed his Belarusian counterpart on the latest developments regarding the Iran nuclear deal, the US government’s violation of the JCPOA as an international treaty, its economic campaign against Iran, and the impact of such behaviours on peace and security in the region and the world.

Araqchi also highlighted the strategic patience Iran has shown over the past year in reaction to the US violation of the JCPOA and Europe’s failure in this regard.

He further pointed to Iran’s “smart” policy of decreasing its JCPOA commitments step by step, and described it as a chance for diplomacy.

“The doors of diplomacy are still open,” he added.

Araqchi further pointed to the US request for a meeting of the International Atomic Energy Agency’s Board of Governors, and described it as a big irony in the history of diplomacy as the US itself is known as a violator of the JCPOA and the UN Security Council Resolution 2231.

At the IAEA meeting, it was not welcomed by any country, even the US allies, he added.

Araqchi then said the US foreign policy, especially in the Middle East, and its behaviours towards Iran serve as a a threat not only to regional peace and security but also to the international community.

“It is necessary that all countries counter such an approach,” he urged.

The Belarusian diplomat, in turn, highlighted the history of amicable ties between Tehran and Minsk from the past to the present, and praised the historical civilization and culture of Iran.

Dapkiunas also underlined the sensitivity of the current situation for global and regional peace and security, and said, “Increased tension and insecurity in the Middle East threatens not only the regional states but also other countries in Europe and the rest of the world.”

He also expressed the hope that Iran’s nuclear issue will be resolved through peaceful means including dialogue.

He pointed to Iran’s move to keep the doors of diplomacy open, and described it as a prudent and wise decision.

Dapkiunas finally expressed his country’s preparedness to use all political capacities available to help resolve the issue.

During the meeting, the two sides also discussed various political and economic issues in bilateral ties and ways to develop and strengthen cooperation between Tehran and Minsk in various fields.

They also underlined the necessity of further using the economic capacities available to boost the volume of trade between the two sides to the level desired by top Iranian and Belarusian officials.