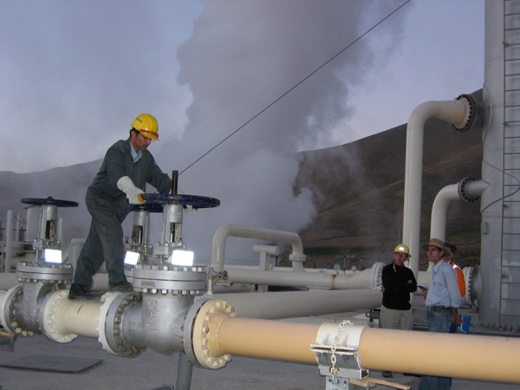 Almost a dozen areas across Iran are suitable for generation of geothermal energy.

On December 22, the Islamic Republic News Agency (IRNA) reported that an almost four-decades-long project to develop the technology to harness geothermal energy has produced the intended result and Iran has finally become the 9th nation in possession of the technology to tap into geothermal resources to generate energy. What comes next is a partial translation of the report:

Iran has become the 9th country which has the technology to exploit geothermal energy. The project which got underway before the Islamic revolution and has seen 14 different governments take and leave office finally came to fruition after 39 years.

Over the years, the project went through lots of ups and downs for different reasons including sanctions. It was shelved for a while before being taken up again.

Yousef Armodeli, the managing director of the Renewable Energy Organization of Iran says, “Fifteen wells have already been drilled, and seven have run into geothermal reserves; with temperatures at 240˚C, they are highly efficient. Feasibility studies suggest the potential of electricity production in the region under study [that is to say Meshkinshahr] stands at about 250 MW.

In Phase One of the project to develop the geothermal field, a pilot 5MW geothermal power plant is expected to be set up. First though, we need to build a plant to turn thermal energy into electricity. An Iranian contractor which has won the tender to build the plant and its turbines is already working on it. The power station will be operational in two years to generate 5MW of electricity.”

Studies presented in 2008 by the Renewable Energy Organization of Iran suggest that almost a dozen areas across Iran are suitable for generation of geothermal energy.