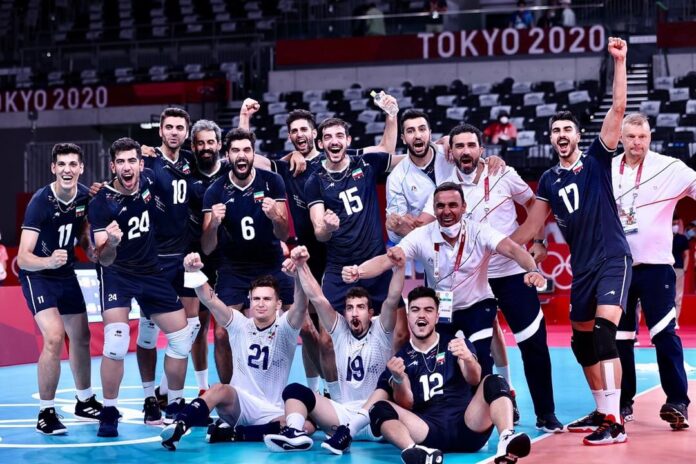 In an epic battle, Iran’s National Volleyball Team beat Poland in 2020 Tokyo Olympic Games in a match that lasted two and a half hours.

In a very tense contest that had nine match points, Iranians managed to defeat the world’s second-ranked opponent 3-2.

The Polish medal favourites lost their first match of pool play as the Iranian team showed their strength in a five-set thriller.

Led by Wilfredo Leon, Poland came to the games with high hopes of winning the gold, but Iran’s Amir Ghafour who clinched 17 points did not let the strong team win at Ariake Arena.
However, the loss is not too detrimental to Poland’s medal hopes as four teams from Pool A advance to the quarterfinals.

In 2016 Rio Olympics, Iran managed to make it to the quarterfinals and now they have a historic win to keep their medal hopes on track.

The team will play against Venezuela in its second match.