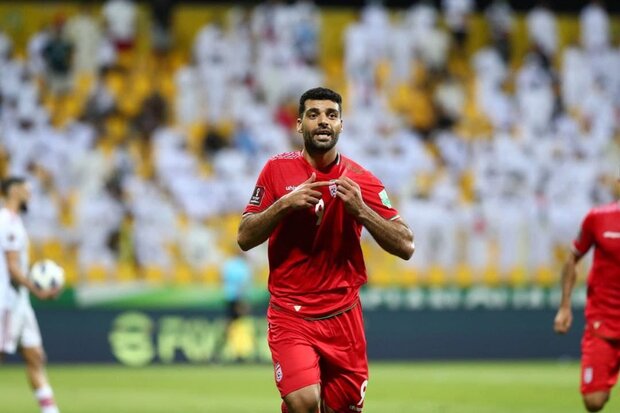 Iran’s Team Melli (national football team) have extended their seven-match unbeaten streak as they continued their perfect run in the World Cup 2022 qualifiers.

In Thursday’s match at the United Arab Emirates‘ Zabeel Stadium, Iranian international Mehdi Taremi was the centerpiece of another victory.

Taremi scored in the second half to give Iran a sweet 1-0 victory over the UAE in their World Cup Group A.

This was the third game of the World Cup 022 qualifying process for both teams, and so far Iran is undefeated in Group A.

Before Thursday’s faceoff, the host actually had a nine-match run without a defeat, attracting lots of attention to the game because of that. The Emiratis were also described as being far from an underdog vis-à-vis Iran. But they were outperformed by Team Melli at the end of the day. The win saw Iran stand decisively at the top of Group A with 9 points.
Iran will host South Korea next Tuesday in Tehran.