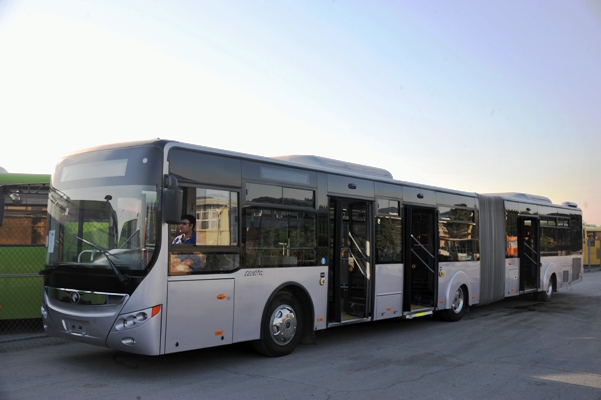 A senior Azeri official says Tehran and Baku will produce buses at a joint auto manufacturing company run by the two countries.

Azeri Economy Minister Shahin Mustafayev says it is possible to produce buses at a joint auto making factory run by Iran and Azerbaijan.

“We have begun initial talks on that matter,” he said in a meeting with his Iranian counterpart Massoud Karbasian as quoted by Fars News Agency.

The infrastructure of the factory was put in place in 2016, and it is scheduled to become operational in December 2017.

“The building and communication line are ready at the moment, and we plan to fit the factory with the necessary equipment in November,” said the Azeri minister.

“We would like to inaugurate the factory in December. Probably, things will not go as scheduled, and the inauguration may be postponed until next year,” Mustafayev said.

The joint Iran-Azerbaijan auto manufacturing factory will have the capacity of producing 10,000 vehicles per year. Twenty percent of the production will be exported to countries which are members of the Commonwealth of Independent States as well as Central Asian countries.