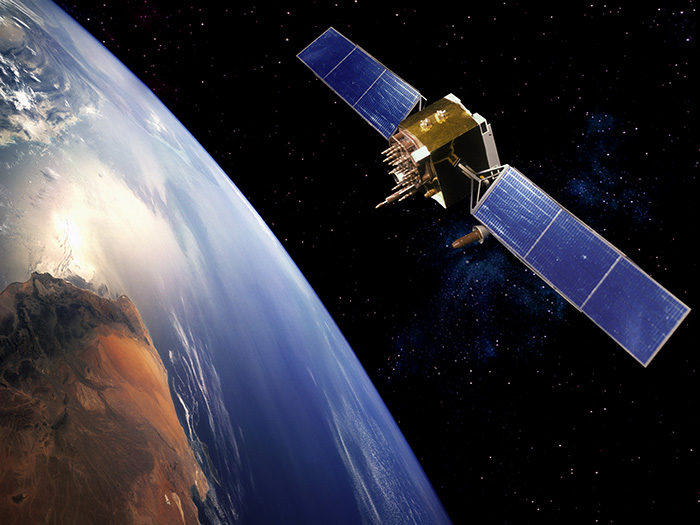 Senior officials from the Islamic Republic of Iran and the Republic of Azerbaijan have agreed on space cooperation between the two countries.

Iran’s Minister of Information and Communications Technology Mohammad Javad Azari Jahromi has travelled to the Republic of Azerbaijan to attend the Bakutel exhibition and hold talks with his foreign counterparts.

On the sidelines of the visit, the Iranian minister also held a meeting with the chairman of Azercosmos Open Joint Stock Company -Azerbaijan’s state-owned satellite operator.

In the Wednesday meeting with Rashad Nabiyev, Azari Jahromi expressed Iran’s willingness to begin space cooperation with the Republic of Azerbaijan, adding, “The space science and manufacturing satellites have various purposes that are not necessarily economic.”

“The bulk of the future economy belongs to the space sector. So we must determine our position in this market and decide whether we want to be consumers or producers,” the Iranian minister added. 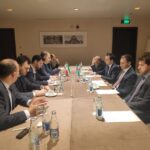 He said Iran has devised a 20-year plan to avoid being a mere consumer in the space sector, and is trying to create a spatial reference system ten years after the scheme was launched. “That is why the development of space industry is a strategic necessity for our country.”

Iran would welcome any cooperation in the space sector, Azari Jahromi noted, adding, “The Iranian Space Agency is prepared to prepare the ground for mutual cooperation with the Republic of Azerbaijan’s Space Agency.”

The Azeri official, for his part, said the Republic of Azerbaijan also welcomes space cooperation with Iran.

Nabiyev noted that he is prepared to host the head of Iran’s Space Agency in Baku for negotiations on mutual cooperation.