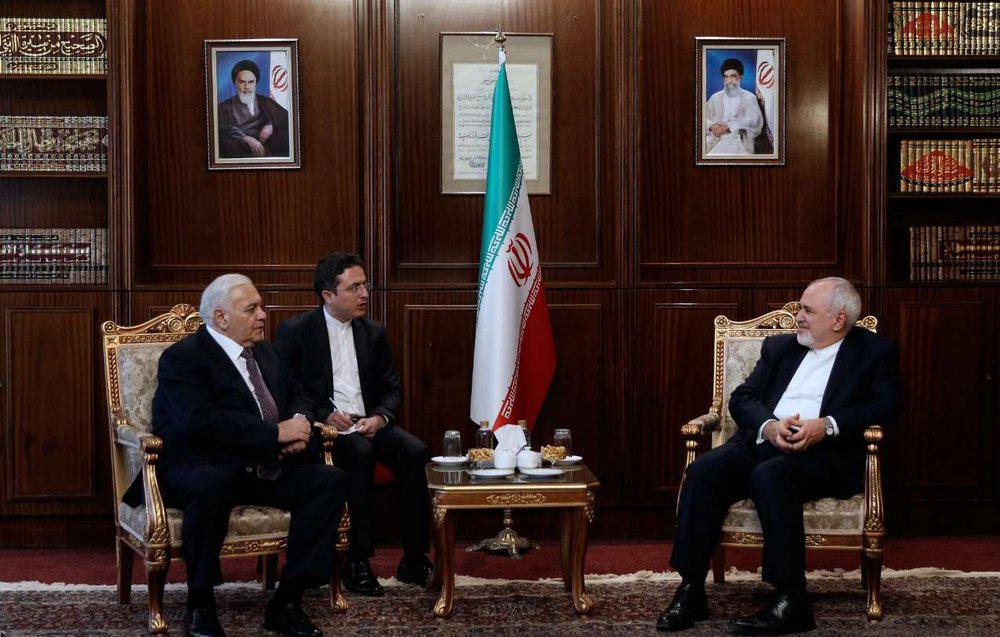 During the Tuesday meeting, Iran’s top diplomat referred to the influence of parliamentary relations on the development of ties between the two nations and described the two sides parliamentarian ties as highly significant.

He also noted that political relations of the two countries are at the highest level thanks to the will of the two sides’ leaders.

“Despite a 40 percent increase in economic and trade ties between Tehran and Baku in the current year compared with the previous year, the relations short fall of the ideal level,” Zarif said.

However, Iran hopes the relations could expand further in the economic and trade fields by implementing joint projects and tapping into the capacities of transit corridors between the two sides, he added.

For his part, Azerbaijan’s parliament speaker described mutual relations as very good and important due to the historical, geographical and cultural commonalities between the two neighbours.

He then referred to the importance of the International North–South Transport Corridor (INSTC) and called for completing the project. Ogtay said the corridor would have great mutual interests for both sides.

Heading a delegation, Asadov arrived in Tehran in a visit aimed at expanding parliamentarian relations between Iran and Azerbaijan Republic.