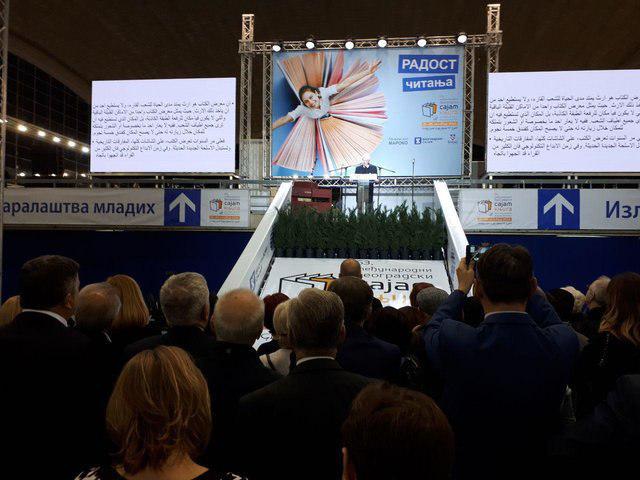 The 64th Belgrade International Book Fair has opened with the participation of about 1,000 publishers from across the world in the capital city of Serbia.

The exhibition opened on October 21 with the Islamic Republic of Iran as one of the main participants of the event.

The 64th Belgrade exhibition is being held in five halls in an area of over 30,000 square metres. There are 1,000 domestic and foreign publishers attending the exhibition this year.

The book fair is the largest and first cultural event in southeast Europe. In this edition, more than 1,200 Serbian correspondents and 70 foreign reporters from 14 countries cover the event’s news.

Morocco is the special guest of the exhibition having a booth with an area of 100 square metres. The Arab country has introduced over 1,000 books.

The Islamic Republic of Iran has showcased over 300 titles about religion, sacred defence, literature, poetry, children, and Iranian art.

The 64th Belgrade Book Fair will be open to the public until October 28.