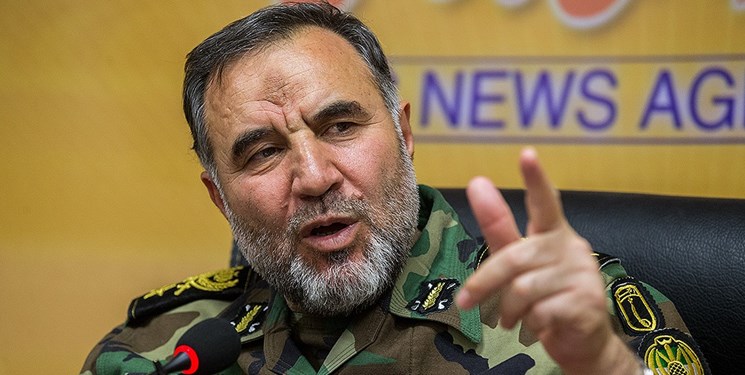 Commander of Ground Forces of Iran’s Army says in addition to the 2,000-bed centre that was launched on Wednesday in Tehran, 4,750 other hospital beds have been set up by the army personnel in various provinces.

Brigadier General Kioumars Heidari noted that the army ground forces are ready to run 8,000 more hospital beds across the country.

He said the ground forces’ look at the coronavirus has been a forceful one to eradicate the deadly disease.
He stated that the maneuvres of the ground forces will continue until the full eradication of the pandemic.
Heidari made the statements during the inauguration ceremony of the army’s makeshift Shahid Hejrati 2,000-bed Hospital in Tehran.
“The ground forces have been conducting a large military exercise 24 provinces. In this exercise, 19 regional bases are commanding 63 units,” he continued.
The Armed Forces have been assisting the health ministry in the fight against COVID-19 since the early days of the outbreak in Iran.