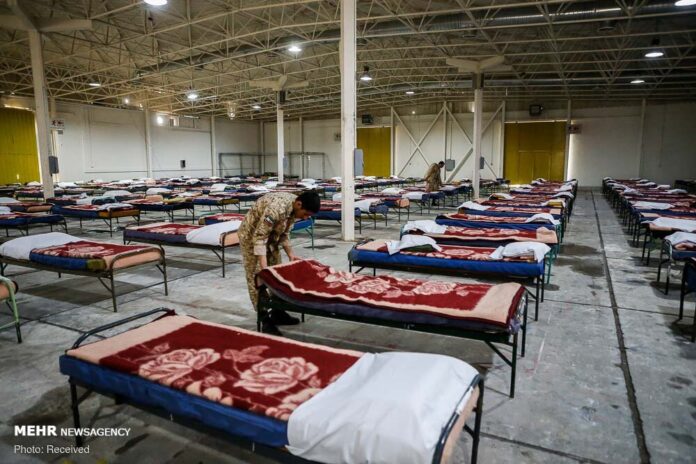 The Iranian Army has set up a 2,000-bed hospital and rehabilitation complex centre in Tehran for coronavirus patients.

Located in the permanent venue of Tehran’s international fairs, the 2,000-bed Dr. Hejrati Hospital and Rehabilitation Complex was opened in a ceremony attended by the Commander-in-chief of Islamic Republic of Iran Army Major General Seyyed Abdolrahim Mousavi, Commander of Army’s Biodefence Base Admiral Habibollah Sayyari, Commander of Army Ground Forces Brigadier General Kioumars Heydari, Deputy Health Minister Iraj Harirchi and Head of the Health Bureau of the General Staff of the Armed Forces of the Islamic Republic of Iran Brigadier General Hassan Araqizadeh.

According to Iran’s army, the complex has the capacity for another 1,000 beds.
Earlier on Monday morning, Commander of Army Biodefence Base had instructed the Commander of the Army Ground Forces to choose a proper spot in Tehran and to organize a hospital and rehabilitation complex within 48 hours.