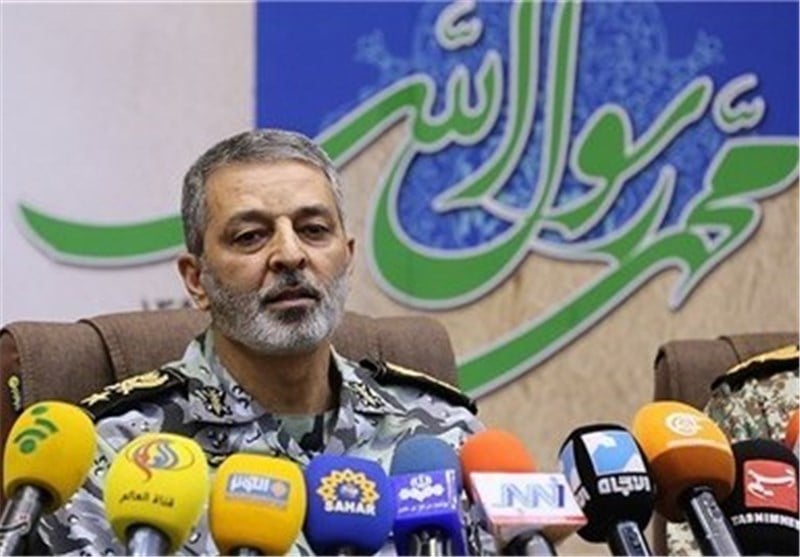 Iran’s Army Commander Major General Abdolrahim Mousavi denounced recent Western requests for talks with the Islamic Republic on the country’s missile power as “nothing new” and reaffirmed that the issue will never be subject to negotiation.

Speaking to reporters in Tehran on Saturday, Major General Mousavi deplored recent remarks made by some European officials about a new possible deal with Iran to curb its defense capabilities and said, “The comments are… nothing new; only their methods and tactics change.”

“The global hegemonic system led by the US is confronting with the Islamic Revolution (1979),” he said, adding that some Western countries have been deceived by the US.

“One day, they raise the nuclear issue and the other day, they talk about human rights (situation in Iran), and today, they are talking about the country’s defense and missile capabilities, which is not new,” the commander added.

The remarks came as French President Emmanuel Macron and US President Donald Trump have indicated they want to aim for a new deal to curb Iran’s ballistic missiles program that would run alongside the existing international nuclear pact, also known as the Joint Comprehensive Plan of Action (JCPOA), according to media reports.

Iran has repeatedly announced that test of missiles is an issue relating to defense of its territorial integrity and has nothing to do with the JCPOA.

Trump in January set a 120-day deadline for US lawmakers and European allies to “fix” the JCPOA or face a US exit from his predecessor Barack Obama’s main foreign policy achievement.

Since the historic deal was signed by Tehran and the Group 5+1 (Russia, China, the US, Britain, France and Germany) in Vienna in July 2015, the International Atomic Energy Agency (IAEA) has repeatedly confirmed the Islamic Republic’s compliance with its commitments under the JCPOA, but some other parties, especially the US, have failed to live up to their undertakings.